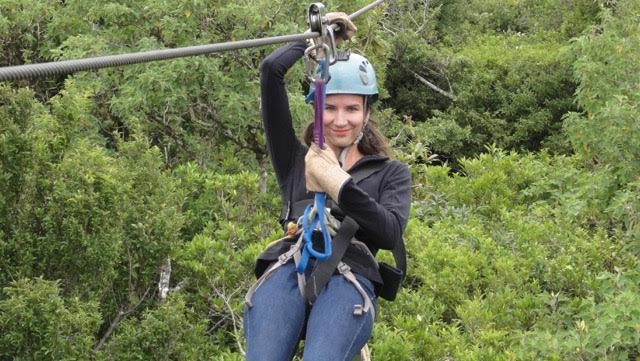 Traveling has been wonderful so far, but it’s been decidedly lacking something. I’ve been learning through classes, trying new foods, and being insanely lazy. It’s been the last part that has been the problem. This trip was meant to be about getting out of my comfort zone and being adventurous.

When I crossed the border to Costa Rica, it immediately became apparent that this was the country where I could get my adrenaline fix. Zip-lining, white-water rafting, canopy trekking, bungee jumping. Ok, scratch that last one. Even on a bottle of Valium, that’s not happening in this lifetime.

I'll stick to the rest, as well as Costa Rica chocolate, and be just fine.

But there was one activity I wanted to try above all others, and that was the Monteverde cloud forest zip line.

Zip Line in the Cloud Forest of Monteverde 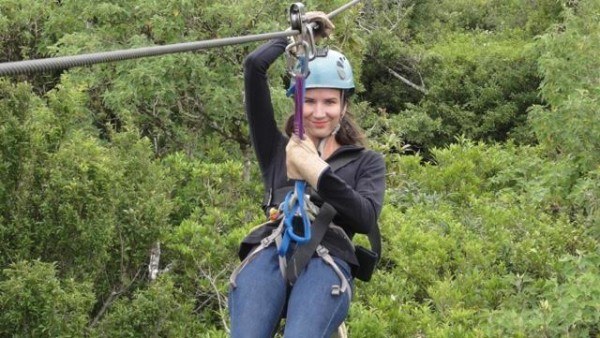 We made our way up to Monteverde from Nicaragua. Monteverde sits in a cloud rain forest; it’s cold but shockingly beautiful. I admired the dramatic valleys that spread around us as we headed up the mountains. Little did I know we’d be hurling ourselves down a metal wire over these valleys the next morning.

Zip lining seemed like the easiest adventure to get a little taste of adrenaline on the tongue. We quickly signed up for a package deal that included 14 ziplines – including two ‘superman-style’ face first with your legs suspended behind you – and a Tarzan swing.

The latter was too much like bungee jumping for me, and I resigned myself to playing videographer for my friends for that.

After a quick tutorial on what to do if you get stuck or crash – to which I paid avid attention to, because, c’mon, it’s me – we were off. The guides made a big show of how intense they were, clipping themselves on at lightning speeds and hurtling backwards toward certain death while we all stood there open mouthed.

It Could All End Here – This is Cool 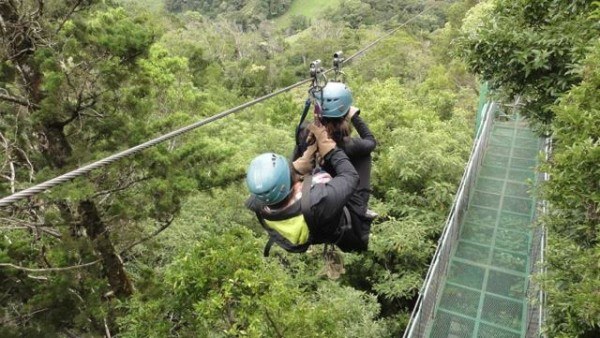 Up onto rickety platforms I climbed. Down several stories of rainforest, cliffs and hills I stared. Suddenly, zip lining didn't seem quite like easing into adventure activities. It was more of a full crash into it. The guide clipped my harness to the first line, told me to not end up backward, and gallantly shoved me off the platform. It was a lovely start.

The first several lines were relatively simple where we could practice braking before we crashed into each other at the end; apparently a man had crashed into a woman the week before, breaking three of her ribs, because he was busy trying to take selfies of his descent and not watching where he was going.

The fourth line was where it got a bit intense for me. We were instructed to pair up with another person or we wouldn't have enough weight to propel ourselves to the end of the line. Realizing it was going to be a rather long one, I peered over at it.

It started on the edge of one cliff, traversed across a drop of about 800m, and then sharply ended on another cliff. It was quite surreal to hang above such a fatal drop and just be sitting there thinking, “This is where it could all end”, alternating with, “This is kind of cool, actually”. 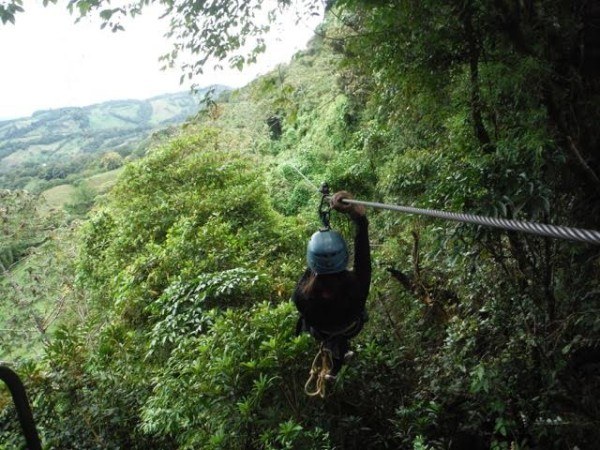 Face First in an Open Valley

The rest of the day continued on much like that until the last two lines. We switched our harnesses around and then climbed up the ricketiest set of metal spiral stairs I have ever climbed in my life. To my surprise, at the top of the stairs was a girl, completely passed out. As the staff tended to her efficiently – apparently people often pass out at this stage – I stared down and completely understood her state.

We were going to be going face-first, sharply down and over an open valley. Quite a steep drop. As the only other option at this point was to walk back for several hours, we all decided seeing your death coming at you wouldn't be so bad. I suited up quickly so I wouldn't have to watch everyone else go and lose my nerve.

It was actually quite a thrill, a minute into the line when I realized death wasn't actually imminent.

After getting a taste of adventure, I signed up for a few more activities that night to get my blood moving for the rest of the week in Costa Rica. White water rafting, suspension bridges and cheese tasting. That last one is living the wild life for me.

Looking for other activities in Costa Rica? Why not read our Blue Osa review here!