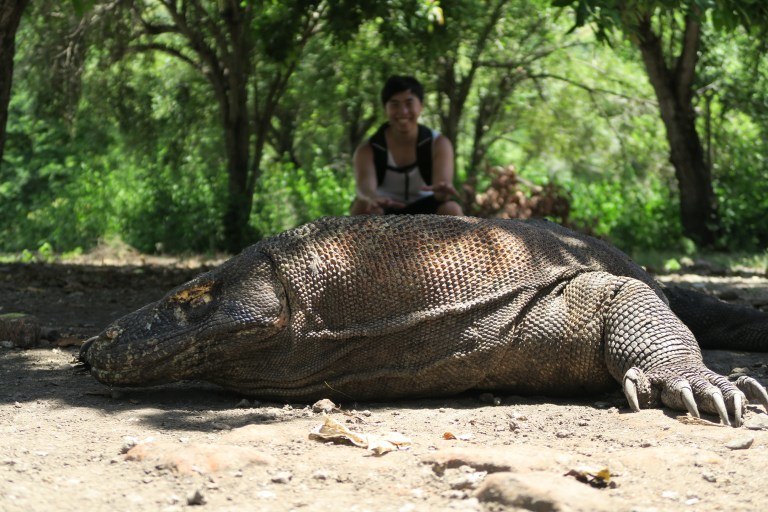 Komodo Dragon Island is my final stop in Asia, and one of the more complicated ones to reach. I actually wondered if it was worth the effort to see some of the biggest lizards in the world. After much thought, I decided to pull the trigger, because I do want to see all Seven Wonders of Nature.

How to see the Komodo Dragon Island

Flying from Bali to Labuan Bajo 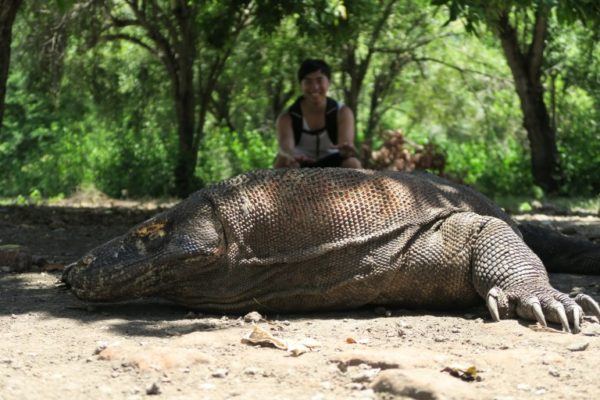 There are three main airlines that fly into Labuan Bajo:

Keep in mind, Indonesia has a terrible safety track record. Apparently, their airline carriers break so many safety regulations, they are not allowed to fly to Europe. That certainly did not put my mind at ease…

Regardless, from the three carriers above, Garuda Indonesia has the best ratings but also the most expensive.

I chose Nam Air because it has better ratings than Wings Abadi Airlines but without the expensive price of Garuda Indonesia.

This turned out to be a wise decision because the plane made it safely on the return flight that I took.

I decided to book the one day Komodo Dragon Tour, because I was short on time, and the multi-day tours are quite pricey. After talking to a few tour operators in town, the best price I got was, IDR. This tour will take me to 4 key locations:

The tour pickup starts at 3:30am (quite early) and finishes around 5-6pm. Included in the tour is lunch and snorkelling gears. 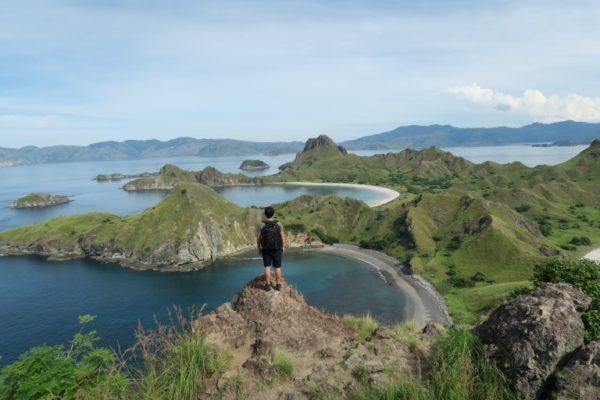 All I can say is, WOW! This island looks exactly like those you see in magazines. The view is simply spectacular!

Our task in the island is to hike to the top of the mountain, take some pictures then head back down. One of the biggest dangers of this hike is the sun’s heat. Many hikers were greatly affected by the strength of the sun’s rays. It was the perfect opportunity for us to get a sun stroke.

Don’t skimp on the sun protection and stay hydrated! The blaring sun will get to you eventually, and it won’t be a pleasant feeling.

Thankfully, the view is amazing. You will be sure to come home with plenty of envy inducing photos. 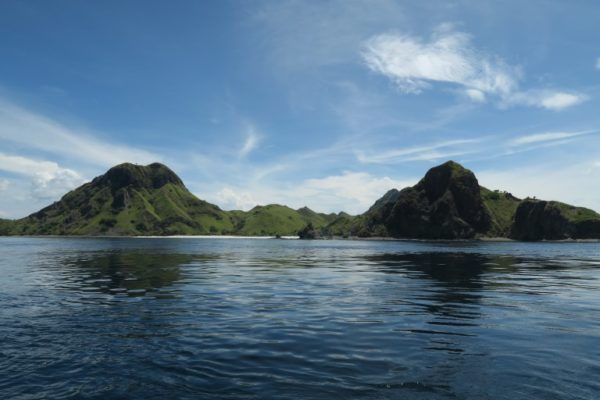 We finally reached the main attraction of this tour which is the Komodo Dragon Island: home of the largest lizards in the world.

Before starting the tour, we had to pay a park fee of 330,000 IDR. My gut feeling told me and other tour members felt this as well, that they added between 50,000-100,000 IDR to the park fees. That’s one thing I didn’t like about Indonesia is that this seemed to happen a fair bit. Regardless, we reluctantly coughed up the fee and started the tour.

We were given a local guide, who will be taking us deep into the jungle in search of these Komodo Dragons. The whole experience felt like an action movie, as we trekked through the dense jungle looking for the famous lizards.

We were in great luck and actually ran into 6 different Komodo Dragons at 4 separate occasions. Seeing these giant lizards was awesome and the hunt for them was very fun. It’s definitely the highlight of the tour for me.

As the name suggests, Pink Beach has pink sand! The tour operators were actually not happy that so many tourists who visit this beach, take home the pink sand. It’s technically forbidden, but it seems like most tourists disregard the rule and take sand home anyways.

This is also one of the snorkelling spots during the tour. Because I’m not a very confident swimmer, I decided to start my snorkelling at shore. Most people just jumped off the boat and snorkelled their way to the beach.

One random turn of event happened; though, as a huge rainstorm poured on top of us. Everyone had to leave the beach immediately and seek refuge in the boat as we wait for weather to improve.

Manta Point as the name states is full of manta rays. The goal of this part of the tour is to jump in the sea and observe manta rays. However, it started raining so I just observed the manta rays from the boat.

Many brave tourists jumped in the water to see the incredible manta rays.

One scary thing about the tour is the boat ride back to Labuan Bajo. The rainstorm caused the waves to become turbulent, tossing our boat around like it weighed nothing! One boat looked like it was about to tip over from the waves!

Most of the tourist onboard was frightened and I even recall one guy having his eyes closed the entire boat ride back.

Thankfully, we made it back safely to Labuan Bajo with fond memories of one of the most adventurous day I’ve had during my one year trip around the world.