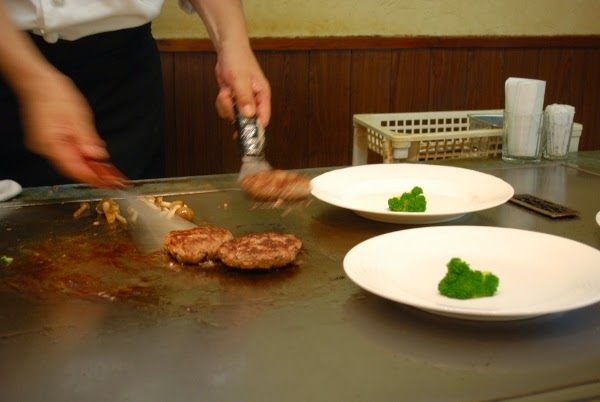 What makes Kobe beef the best?  Well, the criteria listed for being called Kobe beef is extensive in itself.

All cattle for Kobe beef must be born in Hyogo Prefecture and raised by farm feeding.  All cows must be castrated to purify the beef and processed in a slaughterhouse in one of five cities within Hyogo Prefecture.

But the real treat comes in to play with a Marbling Ratio required of level 6 or higher and an overall Meat Quality Score of 4 or 5 (good to excellent range for both criteria.  Of course, the stories of cows being fed beer, massaged with saki, and fed the finest food doesn't hurt the reputation either.

This particular excursion probably does not fall within the line of budget travel, but more of the once in a lifetime experience list that is worth the extra cost.

The reason for this is because of the massive fame that Kobe beef has around the world as being, quite simply the best, also has the price to match.

To put it simply, it is not uncommon for restaurants to charge over 10,000 yen (~$120 US) just for one decent sized steak dinner.

Going for lunch puts the serving size, and cost, to a more reasonable figure of around 5,000 yen (~$60 US) and can also include salad, soup, veggies, and rice if the right place is found. 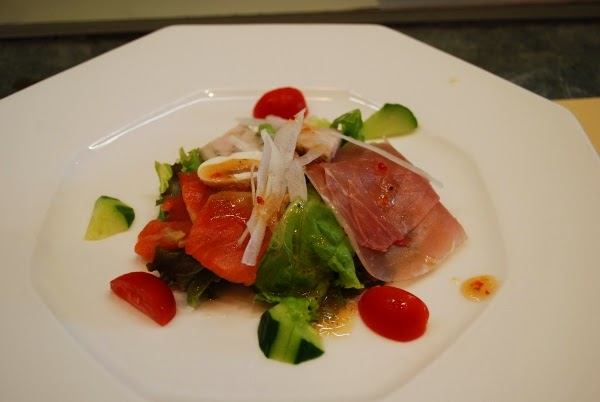 What I found particularly astonishing about the whole endeavor is how few and far between places that actually sell Kobe beef are in Kobe, Japan.  After walking around the city for over an hour and a half I had encountered only two restaurants that serve primarily Japanese steaks.

The first had no discounted price for the lunch menu, so I continued onto the store that I consumed this prize beef at: Tor Road Steak Aoyama.  With a good crowd sitting in front of one lone chef at a flat top skillet, I took my place and watched the beauty unfold.

The lunch menu, unfortunately, only consisted of one choice that was true Kobe beef.  The other more affordable options were still highly prized Japanese beef, but not Kobe.  So I ordered the meal that totaled 5,000 yen overall.

Opting for the sirloin instead of the fillet was not for a lack of respect to the meat on my part, but rather to optimize the amount I can have.  A fillet of Kobe beef sounds too good to be true, and for the price, I just wanted a little bit more than that unfortunately. 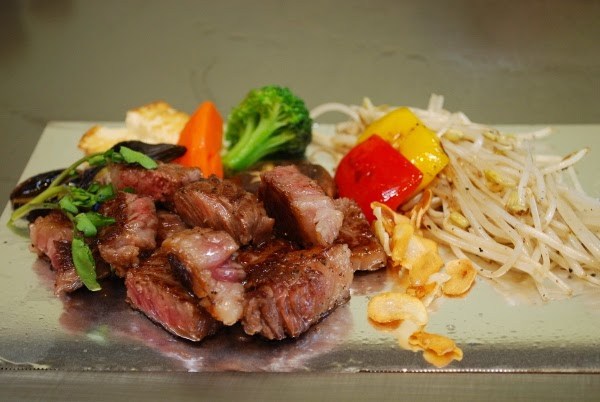 While the chef laid out ingredients I was served not only an amazing salad covered in salmon, but a decent bowl of soup of indeterminable flavor.

Once finished my steak was brought out and shown to me and prepared, gloriously I might add, to a perfect medium and served with various chopped vegetables and a Japanese steak sauce that would give A1 a run for its money if sold back home.  Cut up into tiny pieces, I was served my steak.

Wow.  That is the only word that can be used to describe the first bite and all the components of the beef.  Sure, part of the enjoyment might be the hype building up to the very first bite, but it is still even better than that.

The extensive fat ratio in the beef produces something that is as close to melt in your mouth as any thing I've ever tried before.  Not a single piece of gristle or chewy bit in the way, the meat just falls apart.

It is almost as if angels came down from the heavens, trumpets blaring, and beautiful orchestral music fills the room as time stops for a few brief moments of ecstasy.

Ok, maybe not that extreme, but the sensation is unbelievable, and an overwhelming sadness comes at the very last bite as, after all, it is only an ~8 ounce steak. 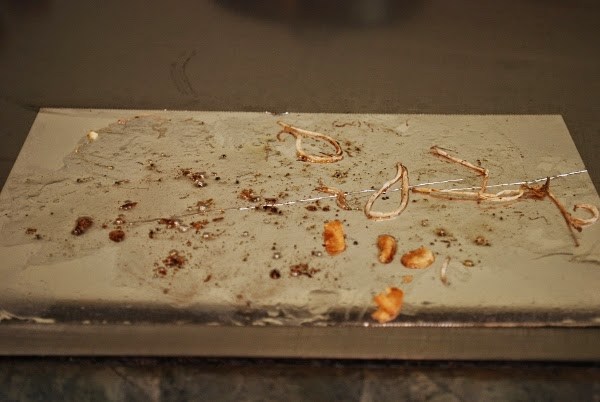 With my wallet a little lighter, and stomach not completely full, I had to exit the establishment.  But for that brief moment, however short it may be, it was amazing.  Kobe beef, you win.  I will never look at a steak the same way again.

For those wanting to visit Tor Road Aoyama and have the same experience I have felt, exit your particular train station (JR or local lines) and head west.  Tor road runs North to South about 5 minutes walking and is illustrated on most maps.

My best approximation would say that the establishment is positioned about halfway between the Mountains and JR Railway station if used as a reference, located on the right hand side of the road if looking uphill towards the mountains.

No English menus are available, however a few employees speak well enough English to help you through.