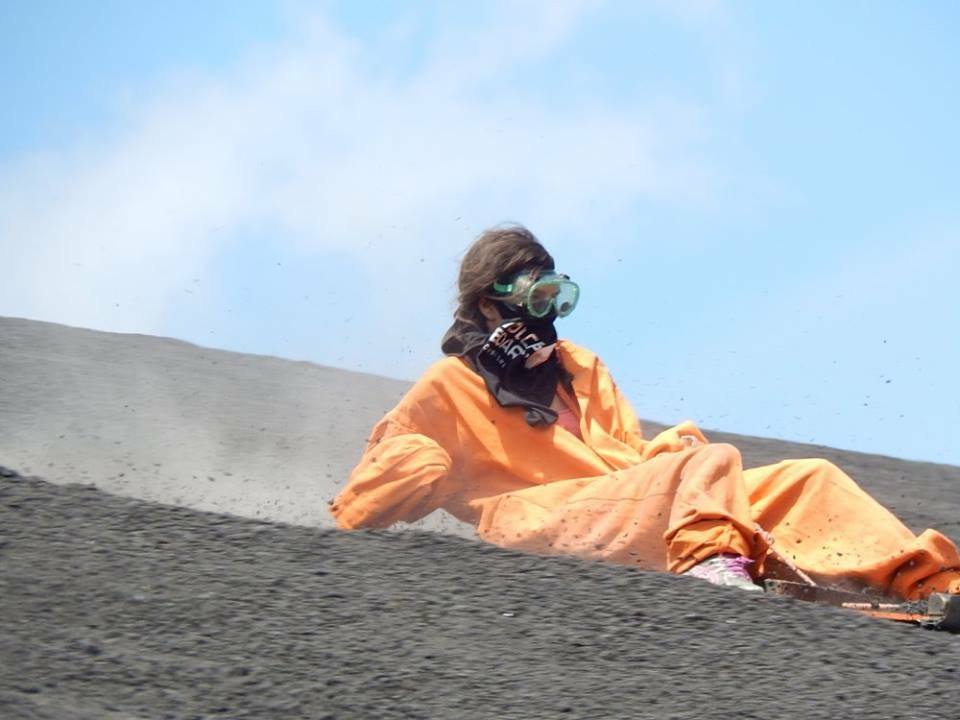 Originally, I had planned to start my world trip in Nicaragua because every time I googled adventure activities, Nicaragua always seemed to have something to offer. The most obvious and unique of which is volcano boarding.

I saw it on CNN, on blogs, on wanderlust lists.

I added it to my list, because why not? Sitting on a metal board whilst flying at reckless speeds down an active volcano will be a wonderful story to tell the grandkids. If I lived.

Volcano boarding is offered up in Leon, the old colonial capital city of Nicaragua. I booked a couple nights at Bigfoot Hostels, the main operator in town. It’s a party hostel, and while I am definitely getting sick of the party atmosphere barely two weeks into my trip, I liked the idea of going in a big crowd.

There are a couple other outfits in town who do the tour at a slightly cheaper price and a much smaller group if you don’t like a big boisterous crowd of hungover twenty-somethings at 9 in the morning. 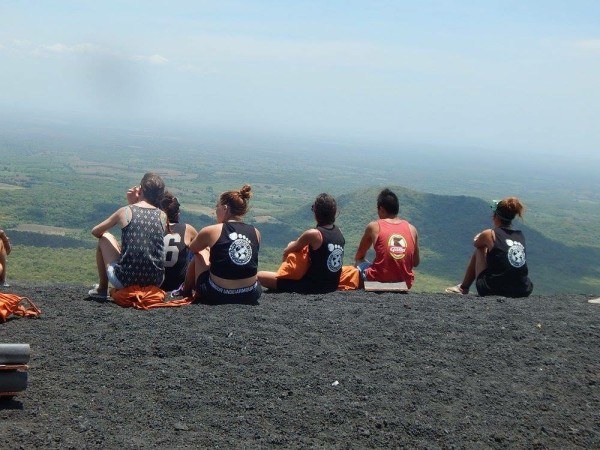 The night prior I made the mistake of googling if anybody had ever died volcano boarding and rather than find an answer, I found dozens of YouTube clips of people bailing halfway down, breaking limbs and ripping several layers of their skin off in the process.

I highly suggest if you decide to partake in volcano boarding that you do absolutely no research prior.

The next morning there was no time for nerves. Everybody was loud and hyper as we were crammed into the back of a flatbed truck for the hour long drive out to Cerro Negro. I’m not sure what I was expecting when I thought “volcano” but when it finally came into view I debated just staying on the truck.

It was much higher and much steeper than I had originally imagined. We could see other boarders at the very top, like tiny ants marching in a row to their doom.

The Hardest Part? Going Up

Between getting up the volcano and going down the volcano, up was definitely the worst. It was a hot, muggy day with very little breeze and you’re climbing up a rather steep incline in loose volcanic ash. Up two steps, slide down one step. Repeat.

We had originally brought 1.5L of water each for two people, but after someone forgetting to bring water and losing one bottle, we ended up with only a half liter per person in our little group which made the climb less of a hike and more of a death march.

After about an hour of whining (me) and dripping sweat (everyone), we finally reached the top. The views are amazing. Especially the part where it just steeply drops off; the part your guide announces you’re going to ride a ten pound metal sleigh down.

I think the sheer horror at the thought of having to walk back down in the heat is what convinces a good portion of the group to just get over your nerves and slide. 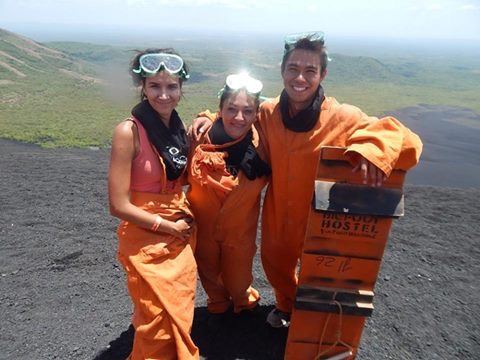 We suited up in giant thick orange jumpsuits and proceeded to roast in our sweat while we got a very quick lesson on how not to die whilst sliding down an active volcano.

It’s a bit nerve wracking watching others go ahead of you because they start off, pick up speed, and then drop over the edge and out of view.

Every now and then one of the guides who is giving you the go-ahead will tell one of the groups to halt and then you know somebody has crashed.

And Then It Was My Turn

My general idea was to just stay on the board and get an average speed. Easier said than done. These boards are ridiculously hard to steer, constantly going left then right then left. I fell off no less than five times. Then it’s a struggle to catch your board before it continues down the decline without you.

I finally reached the bottom shaky, covered in ash, chasing after my board. 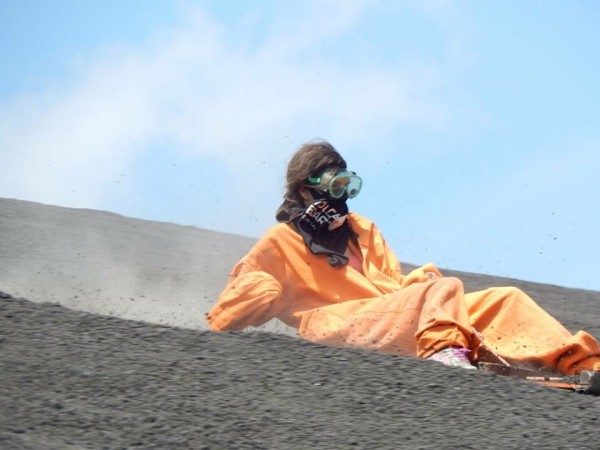 Perhaps the best part was watching the people who came after me flying down recklessly. People have set records of over 60 mph before but people have also broken bones; it was fun to watch relatively unscathed from the bottom thinking I did that.

After everyone had finished, we each got a beer and a cookie on the way back. But the best part was being able to say I rode down an active volcano and it did not erupt.