Visiting a witch doctor was never on my list when I set off for Africa.

I am a highly skeptical person in general and distrustful of all religions, conventional or otherwise. Yet time and again I find myself giving into whimsy and trying my hand at tarot cards or fortune tellers.

So far, I've gotten the same future prediction for both: married with three kids, two boys and a girl. Not a bad outlook, if only a bit creepy it's been confirmed twice.

So when it was rainy and quiet one afternoon in Malawi and the local guide asked if I wanted to go see the witch doctor in town and have my future told, I admit I was a bit curious to see what he could tell me. We set off in the rain through ankle-deep mud throughout the village in rural Malawi.

Visiting the With Doctor in Malawi

Malawi is one of the poorest countries in Africa, but with the happiest people I've ever met.

One of the many landlocked countries, it is fondly known as the “Warm Heart of Africa” and without fail lives up to that name.

The people are warm and friendly and the fast-paced chaotic nature of Africa often feels a million miles away when you're wandering through the village towns in Malawi or lying on the shore of the seemingly endless Lake Malawi, where I spent a great number of days recovering on the beach, fishing or just listening to the locals drumming.

The witch doctor’s house was a small typical Malawian dwelling. One main room built out of concrete with curtained-off bedrooms and alcoves. It was about the size of my bedroom back in Vancouver and bereft of any furniture except a crate I was told to sit on.

I was left alone in the room to think of any questions I had for the witch doctor for a few minutes, and to knock when I was ready. When I signaled my readiness, my guide, the witch doctor and his assistant all filled the room, chanting loudly and dancing around me in a circle.

I wasn't quite sure what to think. 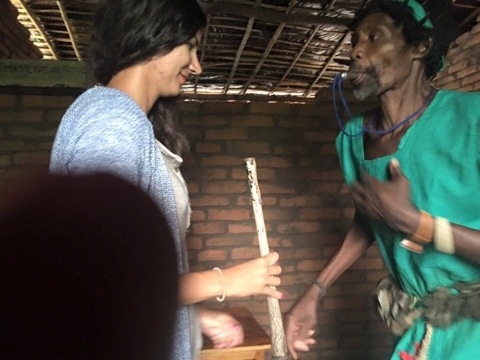 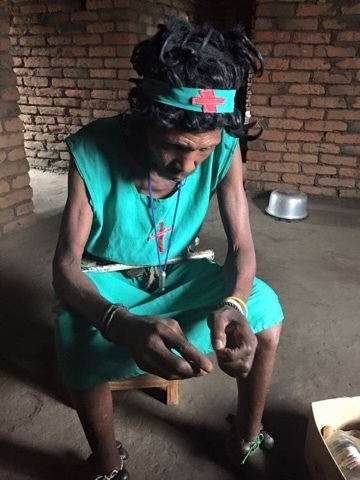 The witch doctor is an older man from the community. He was dressed in a bright colored silk outfit with bells on his ankles. His bare feet tapped rhythmically as he jumped and shouted around the room, chanting hypnotically. It was eerily calming and I got the sense he'd been doing this for a long time.

It was one of the first questions I asked.

My witch doctor had originally not wanted to be a witch doctor. His grandfather had had the blessing, as he described it, but it had skipped his father in favor of his father’s cousin and thus he hadn't expected to inherit the gift of sight.

He told me of a night stuck high above the town in a lightning storm where he thought he was going to die and how he had had a euphoric vision in which all was revealed to him: he was to be the next witch doctor and healer for his community. 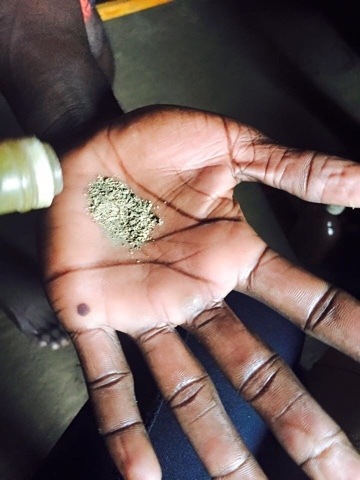 As my guide translated, I asked questions about how he treated patients and what he could predict. He boasted quite heartily about his abilities to predict the sexes of the local babies, of who would marry who.

He showed me eagerly his treasure trove of magical potions and let me touch and smell them; they smelled heavily of different unidentifiable spices. Finally, we finished our session.

I had thought that perhaps this was a stunt put on for tourists; an amusement perhaps. The fact that we were well off the usual tourist path hadn't occurred to me. I realized for the community he was the real deal as I left his hut, only to notice a crowd of a half dozen or so locals lined up and glaring at me for taking up so much of his valuable time.

I murmured my apologies as I stuck my head in to ask one last question about my future..

Yup, two boys and a girl.

Thinking of taking a safari in Africa? Check out tours by G Adventures and get planning today!

For more travel experiences in Africa, check out our articles on Kruger National Park or Swaziland!

1 thought on “A Visit to A Malawian Witch Doctor”