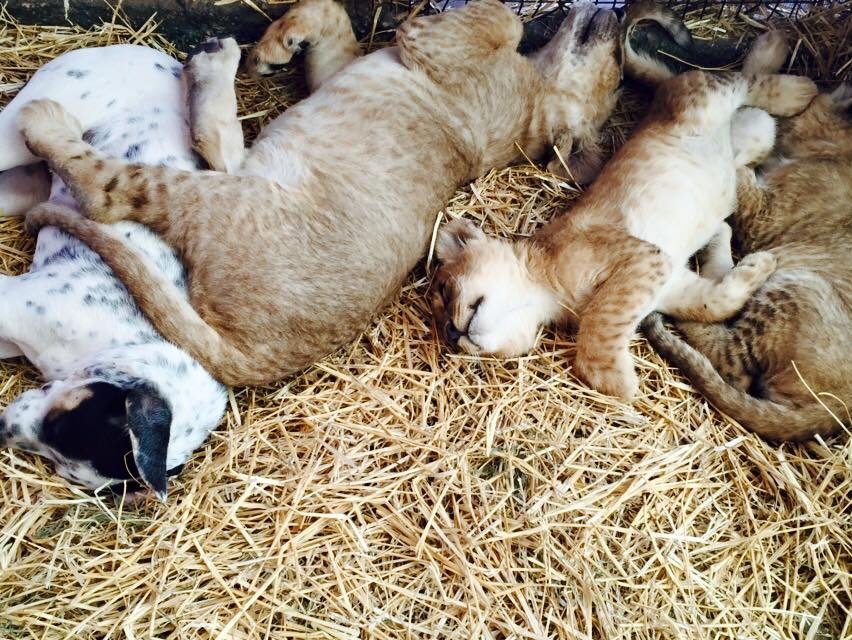 When I went to Thailand a couple years ago, we went and saw the tigers. While we enjoyed being around “wild” animals, we despaired over the fact that they were quite likely drugged. Or at least the adults were. Yet we went anyway.

When in Buenos Aires, I was again faced with the ethical dilemma of visiting a zoo that possibly drugged its animals. The TripAdvisor reviews were mixed. About 20% claimed that it was unethical and the animals must be drugged. The rest made no mention of the fact. The website claimed it raised the big cats with dogs and domesticated them.

In the end, curiosity won out and I went. And I am glad I did. 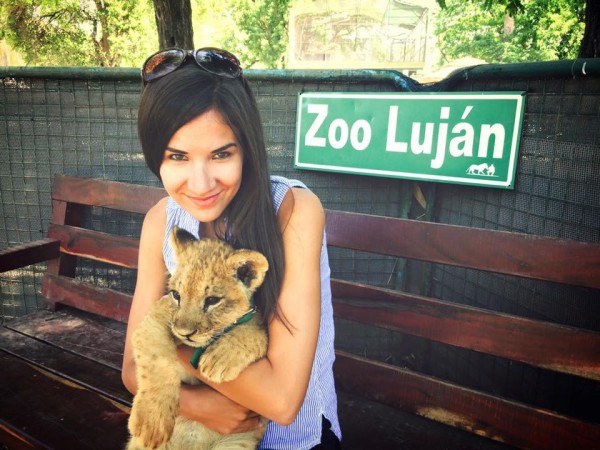 Lujan zoo is about forty five minutes outside of Buenos Aires. The zoo itself is small and nothing special. It would not even be worthwhile for a two hour visit if it didn't house the animals it did. It's claim to fame is that it offers you an interactive experience with a number of animals, most notably the lions, tigers and reptiles.

We arrived and I was the first to be invited inside the lion cage. I saw one adult male lion seemingly happily playing with his trainer and a ball as I was led inside the cage.

I kept my eyes on the giant cat as I spoke with the other trainer, apparently oblivious to all that was going on around me. When he cautioned me not to freak out, I turned to him with confusion before I was knocked to the ground from behind by another lion in the cage I hadn't even seen. 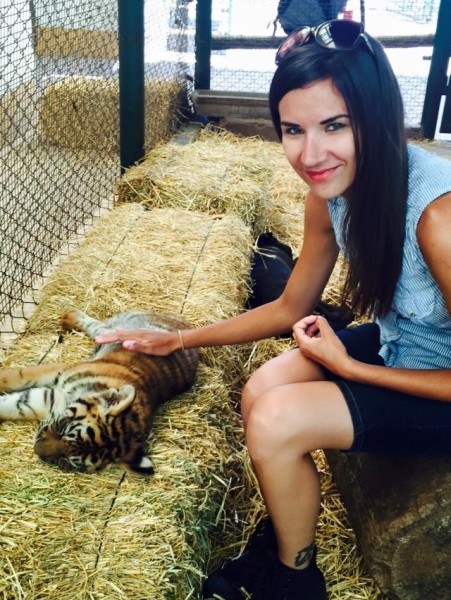 Lying on the ground near a full grown lion isn't the best situation I've been in before, and I waited for panic to overtake before I felt a strange rumbling and realized the giant animal was purring.

Like an overgrown housecat, he purred and nudged me with his head to pet him. The trainer helped me to my feet as the lion continued to nuzzle against me in hopes of a pet or two.

The zoo has a number of large animals you can interact with like elephants, llamas, and camels; it also has a bunch you cannot. The white tigers and ligers, as well as the grouchy bears were off limits to visitors, giving you some of the standard zoo visit. 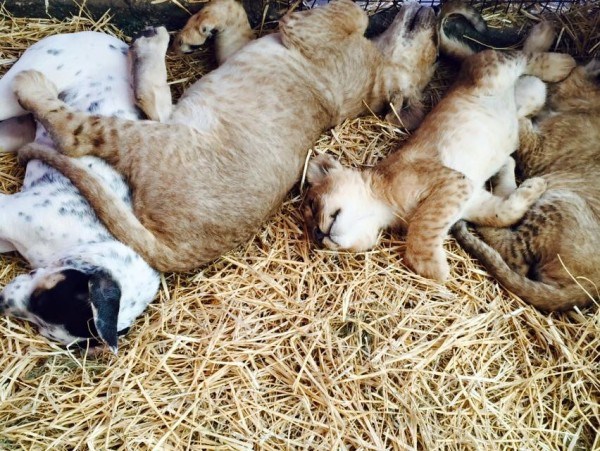 If these animals are drugged, I'd be surprised. All of the animals we interacted with seemed surprisingly alert and playful. The sole exception were the tigers, who were passed out almost the entire time.

Even in that case though, they just seemed like they were enjoying their afternoon naps – when one man erroneously reached out to touch one of the tiger's whiskers, it woke up startlingly fast and growled at him.

We were not allowed in with the bears but we did get to feed them sweet potato cubes on the end of a stick from two barriers away. I guess all animals cannot be domesticated.

True to the website's claims, there were dogs in the cages with all the big cats. They would snooze together and even played with the same toys. In with the baby tiger and lion cubs were dogs all huddled up, happily licking and nudging them about. The whole thing was a surreal experience and one I would love to eventually repeat.

While in the country, why not go out for a nice meal (check out this Buenos Aires restaurant review for more)!