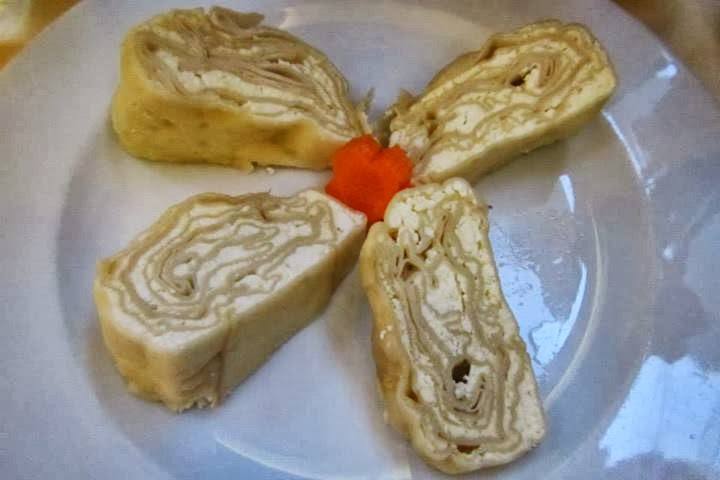 After being away from the U.S. for more than four months there are little things that I’m starting to miss, particularly when it comes to food (Reese’s and Heinz ketchup come to mind. I realize this makes me sound like a junk food addict, but I swear I’m not.)

Recently I smothered my sorrows with strukli, a fantastic comfort food found in Slovenia and northern Croatia. When I first ate layer upon layer of the pillowy dough alternating with creamy, soft cheese, it was like a giant hug.

We found strukli in almost every traditional restaurant in Slovenia and Zagreb. Sometimes it appeared on menus as a side dish, sometimes as a main dish covered in a sauce (in Ljubljana we had it with a delicious creamy mushroom sauce), and sometimes even as a dessert.

The dough itself was either made out of white or buckwheat flour, and the fillings varied from plain cheese, to walnuts and cheese, to sweet cheese with raisins for the dessert varieties.

Upon searching for strukli recipes, we found there are several different methods for preparation. Some recipes produce a ravioli-like strukli, which is not like what we had in either Slovenia or Croatia.

All the versions that we had were more like a roll: the dough is rolled out, the cheese is spread out all over the dough, and then the whole thing is rolled up like a jelly roll which is sliced and cooked.

There are also two different cooking methods described in the recipes I’ve seen, either baking or boiling. All the versions we had were boiled, but I could see how baking would yield a tasty result, too.

The Cheese Makes It 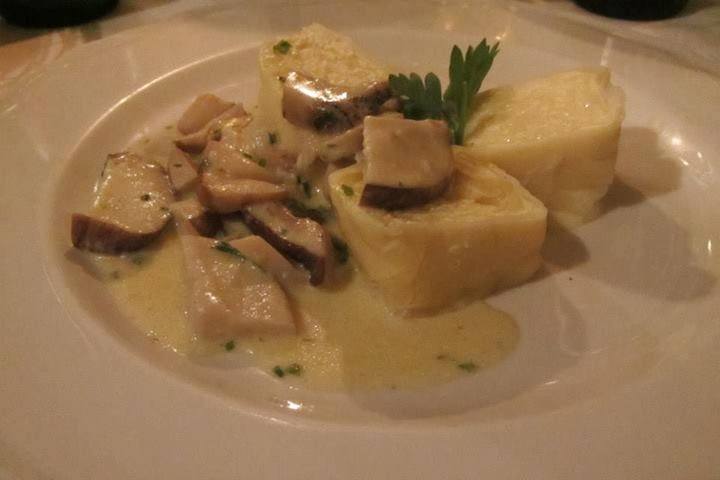 Most recipes seem straightforward enough; the major issue that I anticipate with replicating strukli at home (besides rolling the dough out extremely thin without tearing it) will actually be getting the cheese right.

Most recipes call for “cottage cheese” as the filling. Now, this is definitely not the gross stuff from the U.S. with large curds swimming in a salty, milky mess.

The cheese in the strukli we had tasted more like a farmer’s cheese and had a creamy texture like that of ricotta. To get the cheese right we’ll probably have to make it ourselves using a method similar to that for making paneer, which we’ve done before.

Once we’ve got the basic strukli recipe down, I’d love to experiment with the buckwheat dough and try different fillings and sauces.

Overall, we’re happy we got to try such a delicious dish in several places to get a better feel for the different variations of it. And I’m especially happy that our strukli experience came at a time to help me forget silly things like Reese’s and Heinz ketchup!

1 thought on “Strukli – An Eastern European Treat Not to Miss”