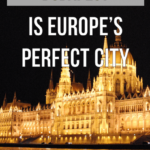 Within moments of our arrival to Budapest, Angie and I were overwhelmed with a feeling of familiarity. The city felt like we were returning to an old favorite, one we had explored countless times in the past.

When reflecting on it, we knew the reason for this familiarity, and it was due to the fact that Budapest felt a lot like home.

It is this feeling that makes us think a city is truly great, and Budapest hits on all five of the major points we look for when saying it is among the best cities in europe.

Budapest is a Historical and Modern City 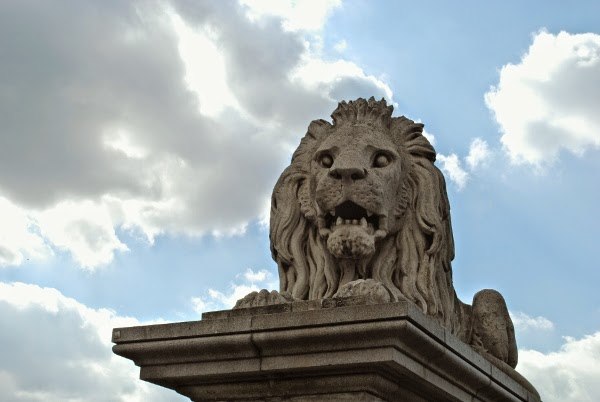 Before Budapest existed there were Buda and Pest, two cities located on opposite sides of the Danube. It wasn't until 1873 that these two cities combined to form today's Budapest, and the feel on both sides are distinctly opposite as a result.

On the Buda side, you have Buda Castle, the Royal Palace (now museums), and Matthias Church amongst countless other historically significant buildings from centuries long past.

On the Pest side comes the modern city scene of Budapest that includes the Parliament Building that opened in 1904 and most of the residents of the city.

Since you must choose which side of the city you want to explore as the two are separated by the Danube river (discussed in #2 below), your experience in Budapest will either be for the historical or the modern; with the two rarely combining. 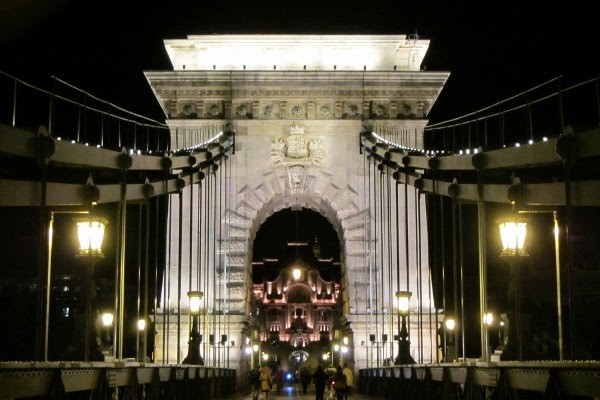 For European cities, there was always a strategic reason for the founding of a city.  Whether it is around a hill where a fortress was built, on a river where supplies could be brought in, or on the coast for access to the sea, there was always a purpose.

Although Budapest does not have easy access to the sea, the historical city of Buda used the hills and Danube to its advantage for keeping the city secure. What this means for you as a modern visitor is simple: the scenery!

The views from the top of the hills on the Buda side of the city are some of the best in Eastern Europe.

Even at the bottom of the hill on the Pest side or on a river cruise on the Danube, the views of the city are open from anywhere you want to look as most all of the famous monuments are located on or near the river Danube for all to see and enjoy. 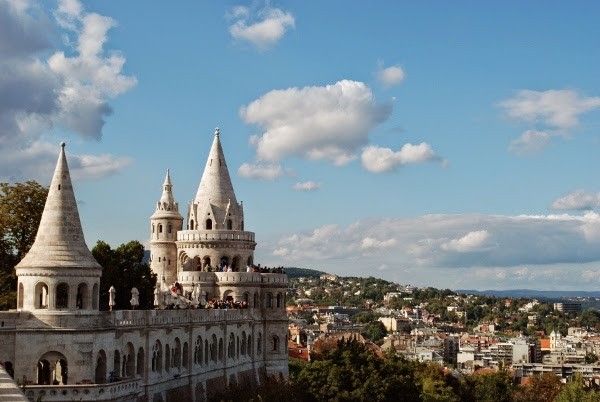 The capital cities of Eastern Europe we've been to so far have bad food.

There is no other way to say it.

In many countries in Eastern Europe, we've had a hard time finding traditional food in the capital cities (Bucharest and Sofia are a few guilty parties here).  Not only that, we've actually had a hard time finding any good food in the capital cities and had to go out to the smaller towns and villages to have a really great meal.

In Budapest, there was no shortage of good food and we found not only a strong presence of traditional Hungarian cuisine but an up-and-coming modern food scene that would rival larger cities in the USA.

So while we've spent many days in other capital cities of Eastern Europe wandering around in search of good food, Budapest had an abundance.

The only thing we regret is that we spent all of our time finding the Hungarian food that we had to miss out on the rest.  Luckily, that is a good problem to have. 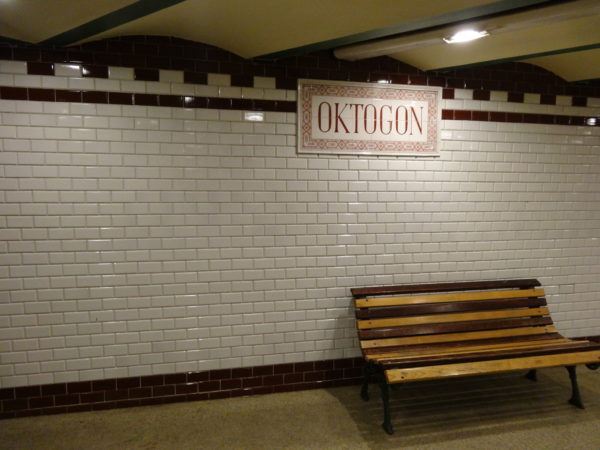 Subway (Metro), Buses, and Trams.  This is the public transportation Trifecta, one Budapest has a great claim over.

The metro stands out as our favorite, but only because their first line is the second oldest in the world and is operated in a similar style to years long past.

Between that, the trams, and buses, you can get to almost any point in the city from anywhere just by hopping on the affordable public transit system.

Of course, we had a hard time taking these transportation methods sometimes because Budapest is a great city just to walk around, too!

No attraction in the must-see list is too far to reach either by foot or by public transit, making all the highlights within reach at any time of the day.

To have all that in a city that is also walkable for those who want to get some exercise?  They're clearly doing something right. 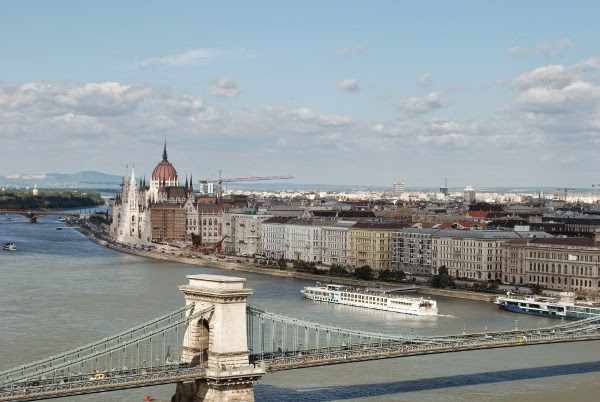 Culture is a hard thing to define as everyone's standards are different.

Budapest is an easy city to define culture as they are completely dedicated to the arts.   From the symphony, the opera, to the museums dedicated to the composers and musicians from Hungary, you'd be hard-pressed to exhaust the list of things to see in any given trip.

But the love of arts goes well beyond having many museums, art galleries, and symphony halls, it is all about the response given by those who live there.

We were lucky enough to be in Budapest during the Opera's premiere of Falstaff over a weekend in September.

Where other cities may have had just a celebration party, Budapest shut down an entire street in front of the Opera house to have a festival completely dedicated to the arts that were completely packed with residents from morning until night.

During the premiere itself, a live broadcast of the performance was played on the outside of the Opera house for free for all those looking to take in the show.  We happened to stumble upon this with no prior knowledge and were blown away by the crowd and response from the festivities.

Is Budapest One of the Best Cities in Europe? 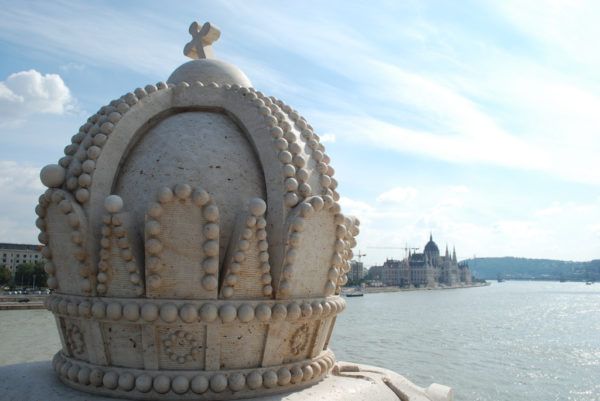 It is hard for us to say whether or not Budapest is Europe's perfect city.  This distinction is one we can only say for ourselves.  A beautiful city full of culture and scenery, with great food and affordable prices? For us, you can't get much better.

In the end, it all comes back to that feeling of familiarity we mentioned at the beginning of this post.  Budapest may be unfamiliar to you, but a city with a river cutting through it and a hill overlooking the scenery sounds quite familiar to us.

It reminds us of our home of Pittsburgh, something we were reminded of time and time again throughout our stay.

For that, we can't get enough of it.

Looking for a day trip in Budapest? Check out the great options on Viator!

For more things to do in Europe, check out crafting an itinerary for the Schengen area!

For frequently asked questions about Budapest, check out the following.

Where is Budapest located?

Budapest is located in north-central Hungary about 150 miles east of Vienna by car.

How many days do you need in Budapest?

A minimum of 3 days is a good start to explore Budapest proper, with more days allocated for day trips.

What currency is used in Hungary?

Hungary does not use the Euro and uses the Forint. ATMS are widely found in the city.

8 thoughts on “Is Budapest One of the Best Cities in Europe? We Think So!”