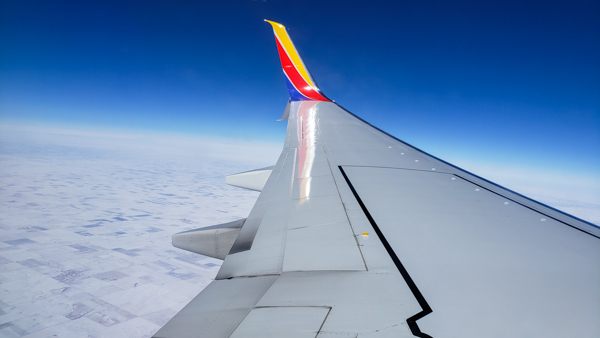 Southwest's boarding procedure is an interesting one.

Rather than boarding in large groups at random, Southwest assigns specific boarding numbers to all passengers ranging from A1-60, B1-60, and C1-60 to board the planes.

But there is an option for those who do not want the dreaded C boarding class to appear on their ticket- Southwest Early Bird Check In.

I tried this one out on a recent flight, and thought it would be appropriate to share when this one is worth it and the other cases when it really isn't.

Is Southwest Early Bird Check In Worth It? 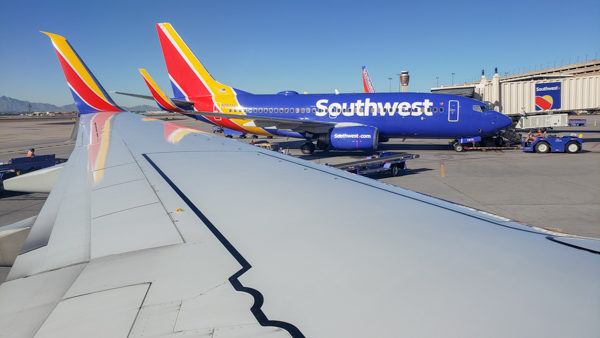 Apart from being a permier member or buying a business-esque ticket, there are only a few ways to upgrade your boarding position on Southwest.

The first is booking the Southwest Early Bird Check In, which runs about $15-$25 per person, per flight (each direction) pending length. This is an automatic process that will check you in 36 hours ahead of time, removing the need to be at your computer at the 24 hour mark.

Log in more than 36 hours in advance, find your flight, purchase early bird check in, and then return at your leisure the day before your departure to grab your boarding pass (with moderately good boarding assignment), and go!

I opted to skip the latter upgrade as it didn't sound worth $40 for my 5-hour flight to Phoenix. I was a bit late for the standard Southwest Airlines check in and received boarding position C15- ensuring a middle seat but still allowing me to sit towards the front of the plane which was surprising.

But on the return trip I tried the early Southwest flight check in for $25 and was given the boarding position B5*. By the time I boarded most window and aisle seats at the front of the plane were taken, but I was able to snag a window seat over the wings- my preferred spot on a plane.

*Let's also take a moment to note that B5 means 64 people in front of me either had priority access or paid for early check in too- that is a lot!

While I do not necessarily think I'll pay for Southwest early bird check in again, I was fine in this instance (beyond curiosity's sake) as I was occupied at the normal time of check in and otherwise would've likely been C40+ had I waited to check in regularly.

That being said, there are a few cases where paying for this seating may make sense.

When Paying for Southwest Early Check In Makes Sense 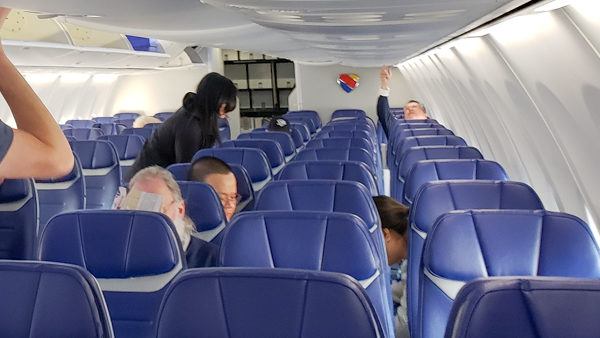 To me, there are four scenarios where paying for Southwest early check in makes the most sense. They are as follows:

Beyond these, it is hard for me to see why paying the extra fee other than simply saying “because I can,” which is also quite fine as well.

In all honesty, I actually liked boarding early in group C because I got to pick who I sat between with a solid number of empty middle seats available. (Keep in mind, this requires getting an early position in group C which is still luck of the draw in my mind.)

Yes, I am being discriminatory in this statement, but that is the luxury you have in being part of group C.

Yes, you will get a middle seat. And yes, your bag may be many rows ahead or behind you pending availability of overhead bins. But you don't have to worry about seatmate issues as much, either, insofar as you're early on in the group. (Those in C30-C60 may not be as lucky.)

With early boarding, any given person can choose to sit next to you, and your early boarding luxury may end up becoming a negative as someone else deems you a viable seatmate for whatever reason. (Mine weren't too bad when I paid for early check in, thankfully. The couple that sat next to me slept most of the flight but then busted out some horrifyingly foul smelling food towards the end.) 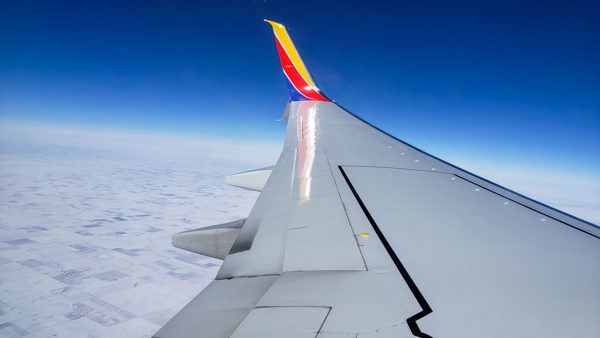 When it comes down to it, the seating policy with Southwest is quite odd. But my stance is a bit different than what you'd expect.

What I don't get, however, is why your seating assignment is based on when you check in the day before your flight.

It seems counterintuitive to make boarding preference based on when people check in at the already arbitrary 24 hour benchmark. We all bought tickets. We are all going on the flight. We all want to get on early. It just seems unusual to make the ordering based on something as seemingly random as this.

To me, I think it should be based on the ticket purchase date.

The person who commits to traveling on Southwest six months before their departure should get a better pick at seats than the person who books six days before departure. I don't see any scenario where how that could be an unfair construct, although I could see some last minute business travelers being turned off on the idea (expense the upgrade!).

I get that most people's schedules vary when it comes to booking, but I find it a bit absurd that someone who books their flight months in advance could potentially have worse seating than someone who booked their ticket at last second- all because they were a few minutes late checking in (and this is coming from someone who booked his ticket at the last minute).

All other airlines that assign seats give first pick to those who book first, and I think the early bird check in boarding order is based on who buys first as well (which would explain why I was in group B in buying my upgrade at the last minute).

So why not for everyone else?

Sure, they could still have the upgrade policy both for purchase before the flight that gets progressively more expensive as it gets closer to departure date, and sure, people like me who buy tickets at the last minute will probably buy it and push everyone else back a fair bit.

But as far as free range seating is concered, this is something I'd love to see changed in the future if only because it just seems like a more logical and fair option.

Overall, I enjoyed flying Southwest and liked their seating policy (arbitrary placement on the list at check in not withstanding).

Will I fly with them again soon? We will have to see on pricing for that one at least, but I certainly wouldn't discount it as a possibility.