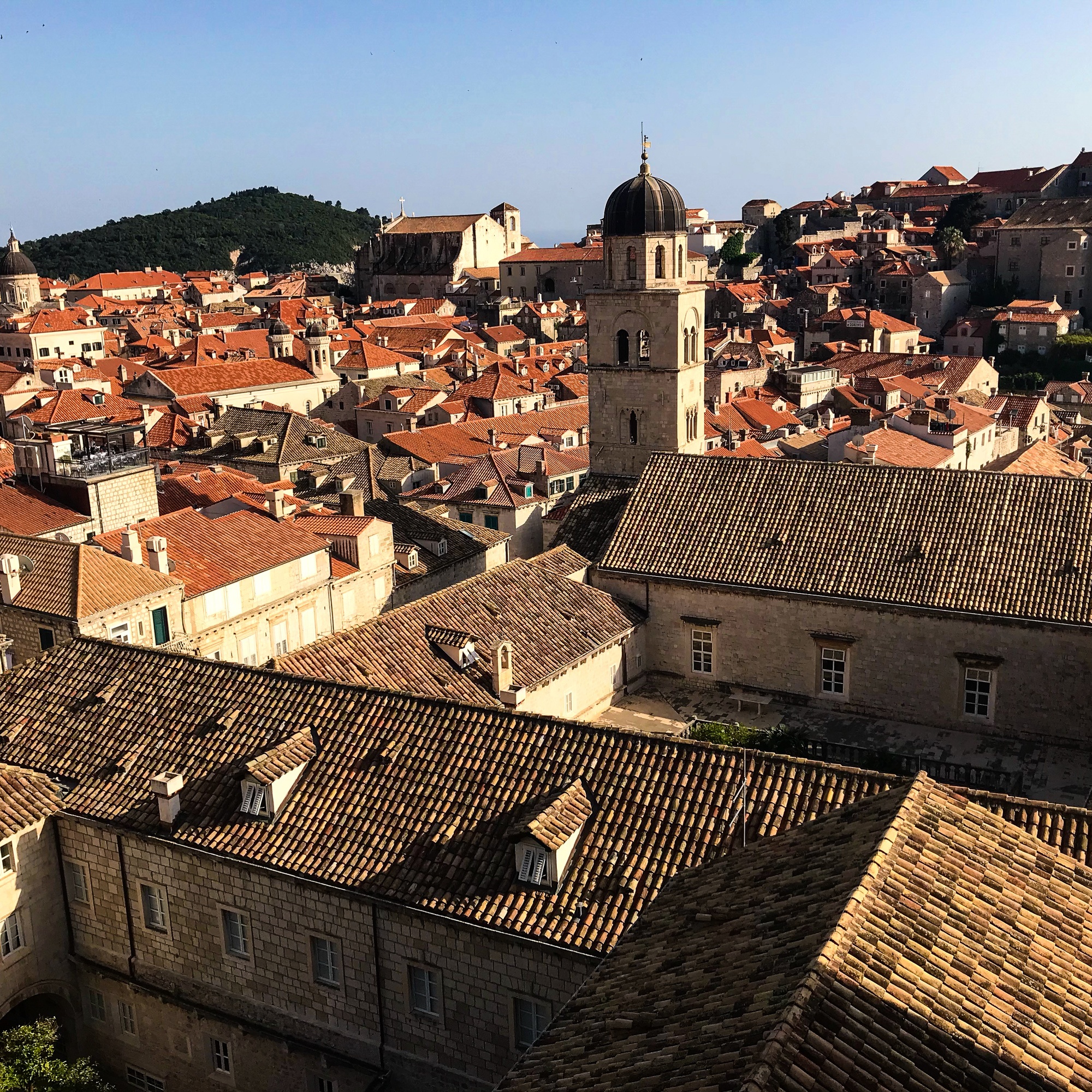 The following is a guest post from Wandering Feathers.

Where can you find picturesque cliffsides, red-tiled roofed buildings, and romantic old towns all in one place? Simple, the Dalmatian Coast.

The Dalmatian Coast is a 200-mile stretch of Croatian coastline from Zadar to Dubrovnik. The charming old towns that made this region famous owe their origins to the many Mediterranean empires, including Venice and Greece.

The old towns of Croatia are home to some of the most beautiful views of the Adriatic Sea. The old towns feature towering cathedrals, sprawling squares, colossal walls, and winding romantic alleyways.

However, each destination has its own special flair. Some reflect a Venetian influence, others have a multitude of modern cafes and bars, and some are quiet and romantic. Whatever appeals to your travel taste-buds, you can find it in the old towns of the Dalmatian Coast. 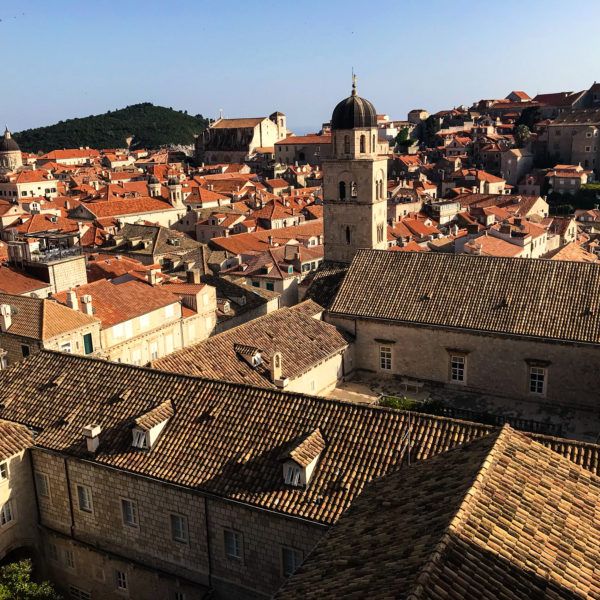 “The Pearl of the Adriatic,” Dubrovnik is the most visited Dalmatian old town in Croatia. Founded in the 13th century, Dubrovnik became an important sea port in the Mediterranean under Venetian rule.

Dubrovnik’s old town sits in a basin, surrounded by its world-famous 83 feet high walls. The best time to walk the walls is in the morning before the sun becomes too strong. The trek around the walls can take over two hours with stops for pictures and refreshments at local bars and restaurants.

Step away from the larger crowds and get lost in the flower-covered side streets of the old town. These side streets are where you really see the daily life of the residents of Dubrovnik.

To get away from the city, visit the beaches just outside of the walls. You can relax and swim in the Adriatic at Banje Beach or take a kayaking tour from Bokar Beach. 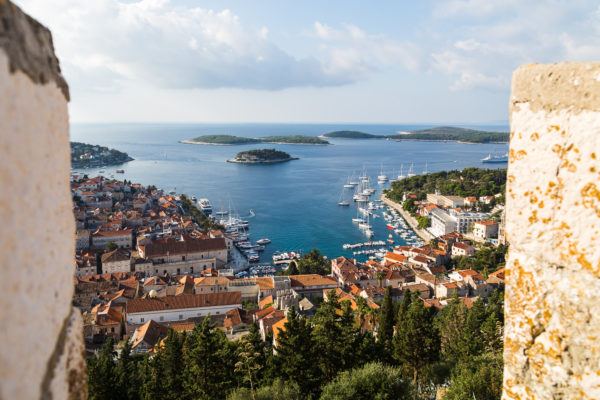 Hvar is the longest of Croatia’s islands. Sitting just a short ferry ride from Split, Hvar is the center of the Dalmatian Coast archipelago.

Inhabited since pre-historic times, Hvar’s culture has been based on the sea. The city was once a naval base for the Venetian Empire, whose influence can be seen up and down the Croatian coast.

Hvar’s old town boasts some of the best climate, gastronomy, and natural features in Croatia. One of the town’s most famous sites, St. Stephen’s Cathedral, is a Renaissance masterpiece and towers over visitors in the square below.

If traveling during the summer, Hvar Summer Musical Festival is a must to hear international and local groups perform. Or you can take a half-day wine tour to visit the lush wine regions around the old town. 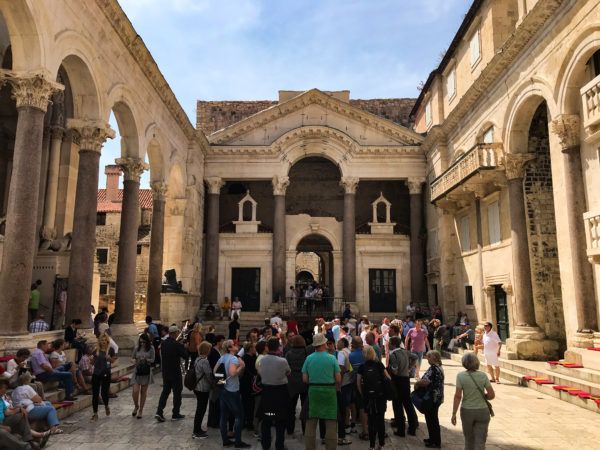 Split is the largest city in the Dalmatia region and the base point for many island cruises. One of the major cruise ship and sea ports in Croatia, Split sees countless visitors each year.

At the heart of Split is the old town. Split’s old town is a sprawling maze of tiny, cobblestone streets and restaurants.

You can sit on the stairs of the Cathedral of St. Domnius and watch the tourists pass by or hunker down in one of the plazas filled with gelatorias and cafes.

Don’t miss the Diocletian Palace when you visit Split. Built for the Roman emperor of the same name, the palace resembles more of a fort as the complex makes up most of the old town. Many of the buildings in the old town were used as garrisons or outpost buildings when the area was a palace. 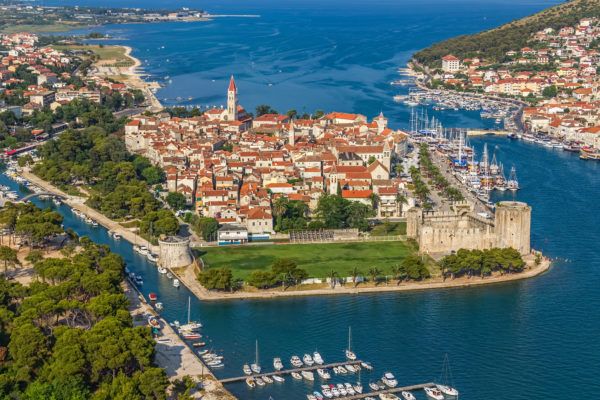 Trogir lies on an islet only 17 miles west of Split. Originally founded by Greek colonists, Trogir became a port for the Ottoman Empire until the city became part of the Republic of Venice.

Sitting on almost 15 acres, Trogir’s old town includes a high number of churches, fortresses, and palaces. Because of Trogir’s historic past, the old town is one of the best representations of Romanesque and Baroque architecture in Dalmatia.

Some of Trogir’s most famous sites are the Cathedral of St. Lawrence dating back to 1213 and the Cipiko Palaces that housed the city’s royal family during the 1400s. 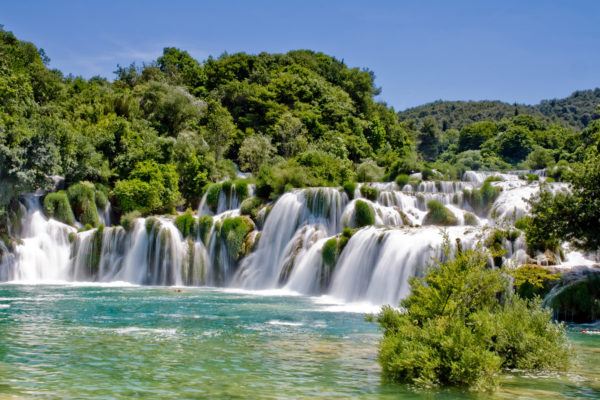 Šibenik is the oldest city in Croatia founded by the Croatians. The city’s old town sits right at the mouth of the Krka River as it flows into the Mediterranean. Many travelers use Šibenik as a base to visit the waterfalls and teal waters of Krka National Park.

You can walk through the old town’s small side streets as you make your way to the city’s historic Cathedral of St. James. The cathedral is entirely made out of stone and is the most important piece of Renaissance architecture in Croatia.

Included in and around the old city are multiple fortresses. You can hike your way or take a boat out to them to see some of the best views of Šibenik. 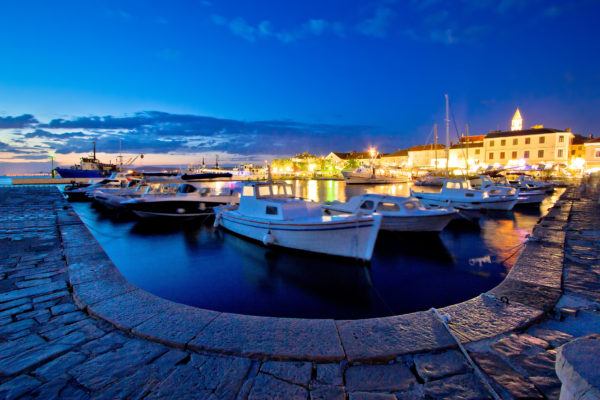 Biograd is the former center of the Croatian Kingdom during the Middle Ages. Nestled in between Šibenik and Zadar, Biograd has been a tourist hotspot since the 1920s.

Biograd’s old town was a religious and political center during the height of the Croatian Kingdom. Considered “The White Town on the Sea,” the red roofed, white buildings of the old town stand in contrast to the blue waters of the Mediterranean.

While many of the old towns near Biograd are ancient, Biograd’s old town is newer due to the city being burned and destroyed by the Venetians and the Ottoman Empire. While it may be newer, the city doesn’t lack in culture or experience. 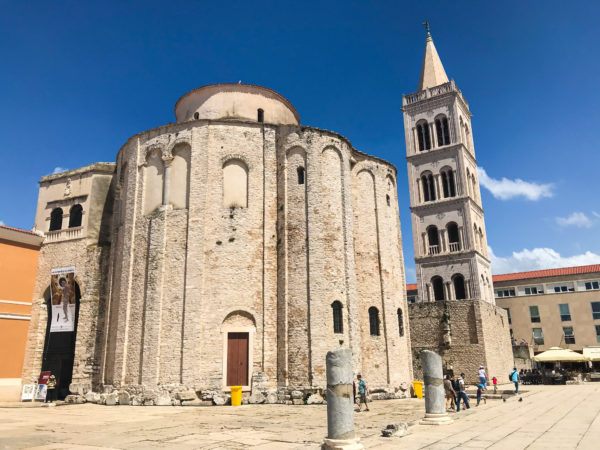 Zadar is the farthest northern point of the Dalmatian Coast. Often forgotten after Split and Dubrovnik, Zadar is one of Croatia’s fastest growing tourist destinations.

Zadar is Croatia’s oldest, continuously inhabited city dating back to pre-historic times. Zadar’s old town is one of the largest in Croatia and features Roman architecture, bustling squares, towering churches, and a vibrant café scene.

Make sure to visit two of Zadar’s most important sites at the edge of the old town: the Sea Organ and The Monument to the Sun.

The Sea Organ is an architecture piece that allows water to flow through pipes creating music. The Monument to the Sun is an inlaid solar panel that soaks up the sun rays during the day and releases a light show at nighttime. Both of these experiences are a perfect way to end your day after visiting Zadar.

A Few Tips to Visiting the Dalmatian Coast 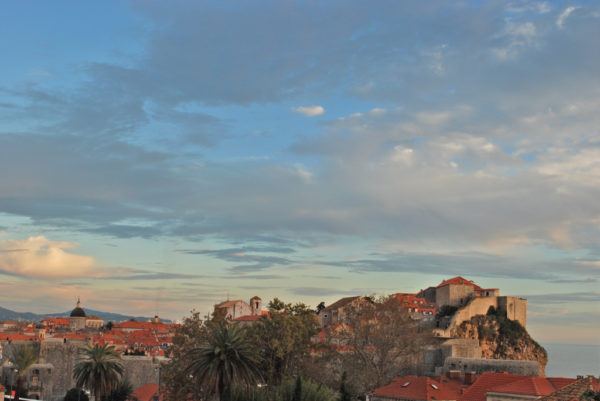 The Dalmatian Coast is a hugely popular destination, but there are a few tips to remember when planning your Croatian trip. 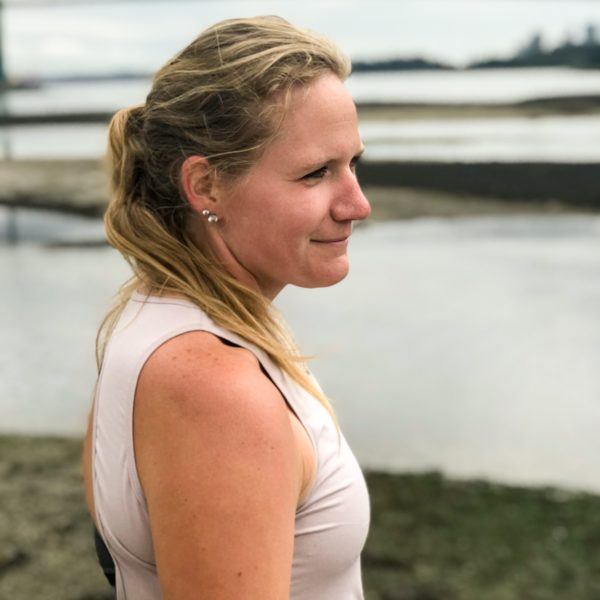 About the Author: Chris Slack is a content creator and runs the travel blog, Wandering Feathers. Chris focuses on experiencing culture through traditional and untraditional ways, no matter whether it is close to home or far away.

Images were provided courtesy of Wandering Feathers, stock photos, and our own portfolio.

2 thoughts on “7 Must-See Old Towns in the Dalmatian Coast, Croatia”