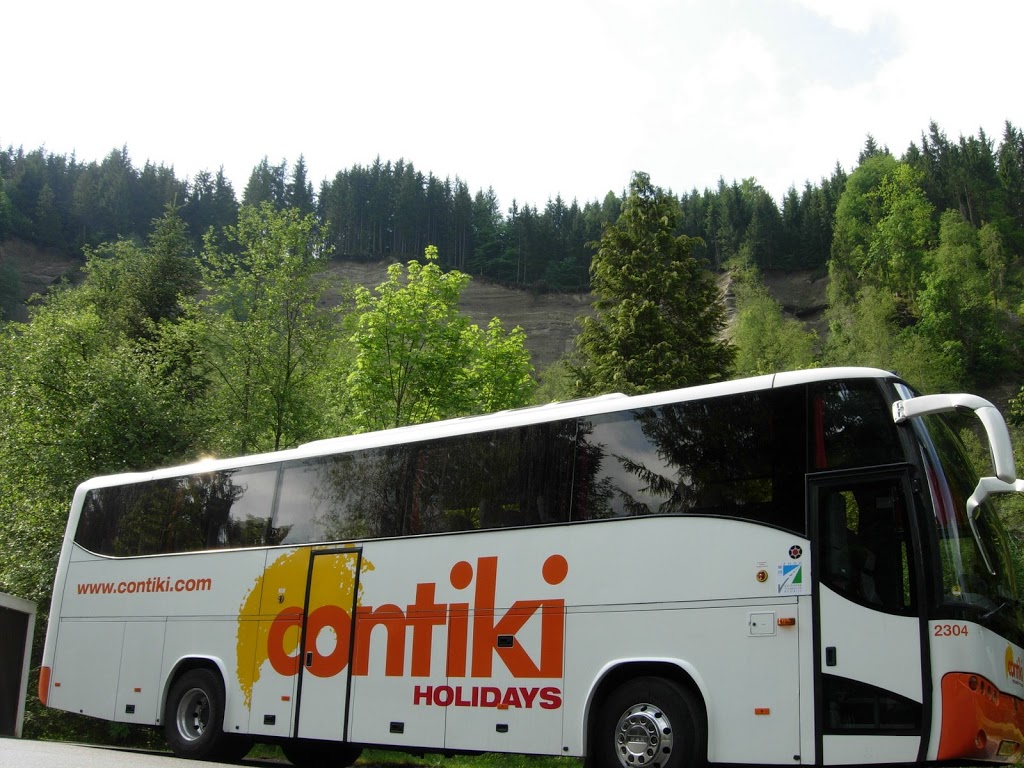 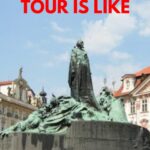 Ten years ago, several months before this blog even existed, I went on my first trip overseas. With absolutely zero stamps in my brand new passport and having never traveled solo before in my life, you could say that international travel was a new experience for me.

Looking back now, after having traveled for many years in 70+ countries, filling my passport a few times over in the process, I can say that I've grown a lot as a traveler.

But for that very first trip, I was clueless and a little bit terrified. With limited time and a modest budget, I decided to go for it all and book a guided tour. One that would end up changing the course of my life forever.

It was with Contiki tours. Europe was in my sights.

Why Go On Contiki Tours?

This question could also be replaced with another similar question: “Why go on a guided tour?” that I've touched base on several times in the past.

Compared to every other guided tour out there, a Contiki tour needs a special distinction. Many travelers have heard of Contiki, and the tour company has developed a number of reputations for its services as a guided tour company.

To go a bit deeper into a Contiki tour itself requires a bit more insight as I chose this company for a few very important reasons. 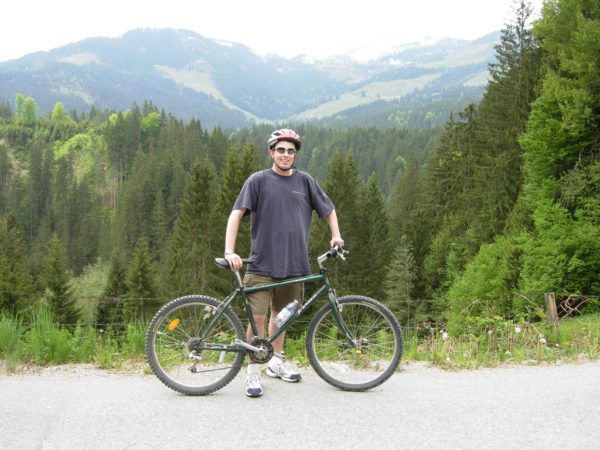 In being new to travel, my biggest fear about group travel was that I would book a tour that ended up being a retiree tour without being the wiser.

In advertising that they were 18-35 only, I knew in an instant that the group of travelers would be like me. Little did I know at the time of booking that at 22 I was probably on the average to older side of the crowd there- with many being 18-19 (and on a bit older than 30).

With up to 52 people per tour, quite a large number by tour group standards, there had to be a few others that were on their first trip and just as clueless as I was at the time.

Ten years on and I am still close friends with many of the people on my tour, something I cannot say for those I meet in passing in most of my solo travels. 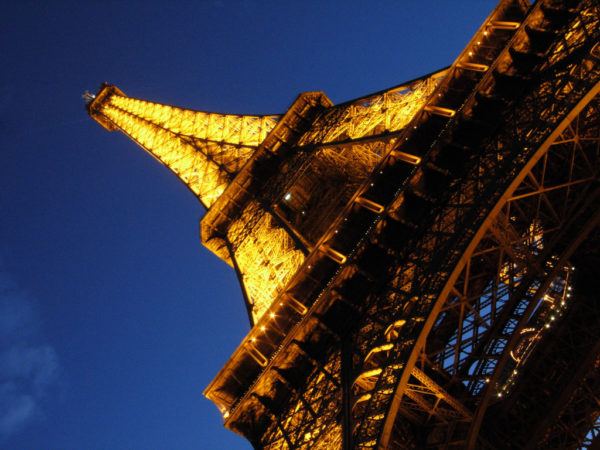 That summer many years ago I had exactly four weeks from college graduation to starting my summer internship. When looking at doing Europe by myself for most of that time, I realized I wouldn't cover that much ground.

A guided tour looked great because I could circle almost all of Western Europe without dealing with the logistics myself.

I left the day after graduation, returned a couple of days before I needed to move, and maximized my time as much as possible. With the choice of quality time with a few destinations or minimal time at a large quantity, I chose the latter just to see what Europe had to offer as a taster. 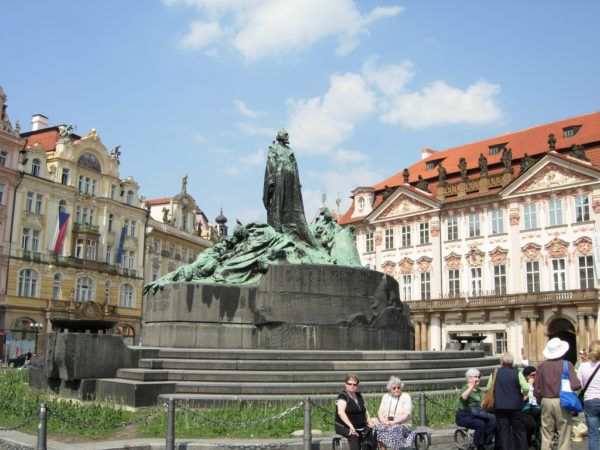 The itinerary goes hand-in-hand with time. As I was on the quantity route, I wanted to make sure I hit some of Europe's most amazing cities. Where did that 3 1/2 week trip go? Here's my European Whirl itinerary:

So you may be thinking that the itinerary is a lot to put in 3 1/2 weeks, and you would be right. The part worth mentioning is that my favorite spots out of that entire trip were Hopfgarten and Lauterbrunnen, two places I would not have gone to (or even heard of) if I went on my own.

Now I seek out those small towns as much as possible. That is the true benefit of a guided tour.

Contiki excelled at this itinerary, as most of the other tour companies did not offer anything near as comprehensive as the one I went on. Couple that with the mandatory age range, and you have a killer combination for the first time traveler. 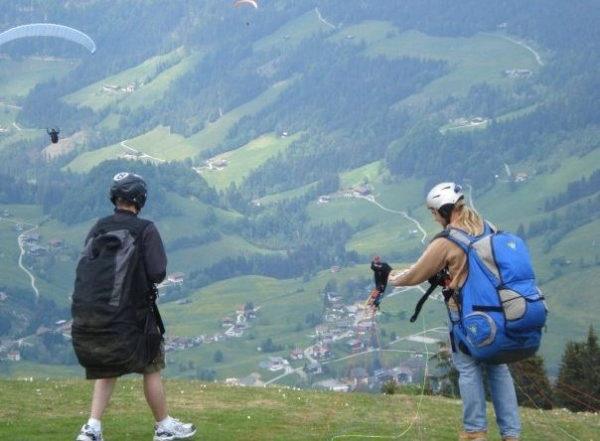 As mentioned above, Contiki has a few well-known reputations as a guided tour company, many of which I was aware of (and overlooked) prior to booking the trip (but for you reading Contiki reviews should most certainly take note of).

They Do Have a Party Atmosphere

The tour group age range is almost synonymous with the party atmosphere. Put 52 like minded travelers aged 18-35 together and you do not need a very large spark for an instant party to come together.

In fact, the tour company has a few “party nights” at their company owned accommodations purely for getting the groups interacting and talking to each other.

While the goal of this is to get to know your fellow travelers, it is fairly common for a few on each group to take it to the extremes.

I got lucky in that my group was pretty mild, but the stories you read can get pretty out there in ways I wouldn't want to repeat on this site.

Everyone Knows You're On a Contiki Europe Tour 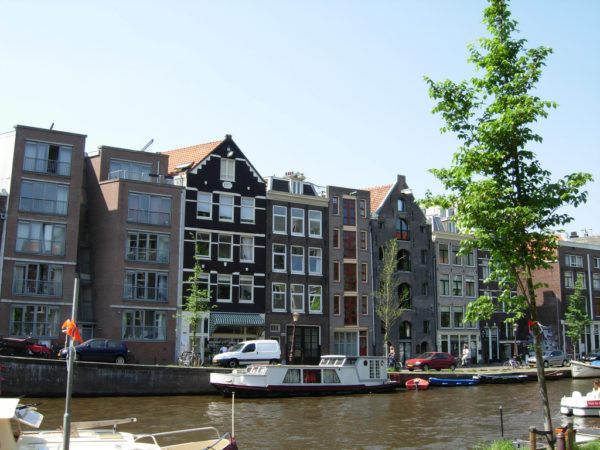 Find a group of tourists in Europe between the ages of 18-35. If they do not look like locals and are more than 12 in quantity, odds are they are on a Contiki tour. Why can I get away with saying that? Well, the odds are with you that it is true.

Contiki is one of the few tour companies that operate solely in that age range and has large numbers in each tour. A tour group of 20 may break up into smaller groups, but as the mini groups get larger and larger there is only one company that they can belong to.

Not only can people tell from a mile away without the labeled tour bus, so can the vendors, and you'll be called out for it: “Hey Contiki!!! Eat Here!!”

I have fond memories of sitting in Spain with Angie several years later and pointing out a Contiki group to her. She didn't believe me that it was, but I could recognize the group of 15 or so young people unusually clustered together.

A few minutes later I even recognized someone who was on my own Contiki trip four years earlier. Yes, the same person, on a new tour, later confirmed by Facebook. You can spot them a mile away, and we even saw them again a few cities later in the same large group wandering around while getting their bearings.

These two are the largest reputations that should be considered when booking a Contiki tour.

To be honest, neither of these bothered me in the slightest. I was a bit apprehensive at the party aspect but relieved that my group was relatively toned down compared to others. As far as the idea that everyone knows you are on a Contiki tour, take it into consideration that everyone knows you're a tourist, so being recognized as on a tour group is not much of a stretch past that.

Just be aware that it will happen.

Contiki Quite Literally Changed My Life 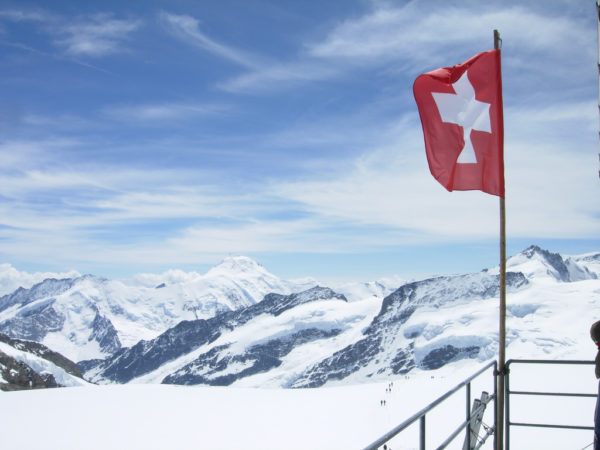 I don't mean to be overdramatic when I say that Contiki changed my life, but it is true.

To put it simply, my Contiki experience is what started my love of travel. By the end of my trip I was already planning more, and just a few months later resulted in me launching this website.

This website led to me traveling around the world on two monster itineraries, seeing over 70 countries, and, 10 years later, became my full-time job.

I can't say that I am an expert in any of the European cities because of the Contiki trip, but I found that to be my calling to go back and see everything I missed in the short time (which I later did in several spots, including my favorite place in Europe- Lauterbrunnen, Switzerland).

Suffice it to say, it is exactly what I needed.

Would I Do Contiki Tours Again?

When it comes down to it, I really enjoyed my Contiki trip. Yes, the groups are large. Yes, they have a bit of a reputation and are oriented to younger travelers. But I also had a great time all the same as noted above.

I probably would not do a Contiki again, if only for two very important reasons:

1) I now travel the world on my own and typically do not do group tours unless in extremely difficult-to-get-to locations.
2) I am getting close to being too old for Contiki's 18-35 requirement.

Neither are reflections of Contiki in the slightest.

That being said, if I was magically transported back into my 22-year-old body, with a fresh passport, a limited schedule before my summer internship started, and being in a place where I never traveled outside of the country solo, yes, I would do my Contiki trip again in a heartbeat.

With a stuffed passport, a better understanding of the world, and the capabilities to do it on my own, the guided tour with Contiki gave me a good start in a new love affair with the world.

One that quite literally changed my life.

Looking to book a trip with Contiki? Check out some of the following options!

For frequently asked questions about Contiki, check out the following!

What age range are Contiki tours for?

Contiki markets itself to the 18-35 demographic.

Who is best suited to take a Contiki tour?

Contiki is a great company for first-time travelers, those who want a fast-paced itinerary to many destinations, and, of course, those who want to travel within their age demographic.

What are the group sizes of Contiki tours?

This generally varies by destination and tour itself, but some can be as low as 12 to as big as 52. The latter is often the case in easy-to-travel destinations like North America and Europe where a standard coach is used.