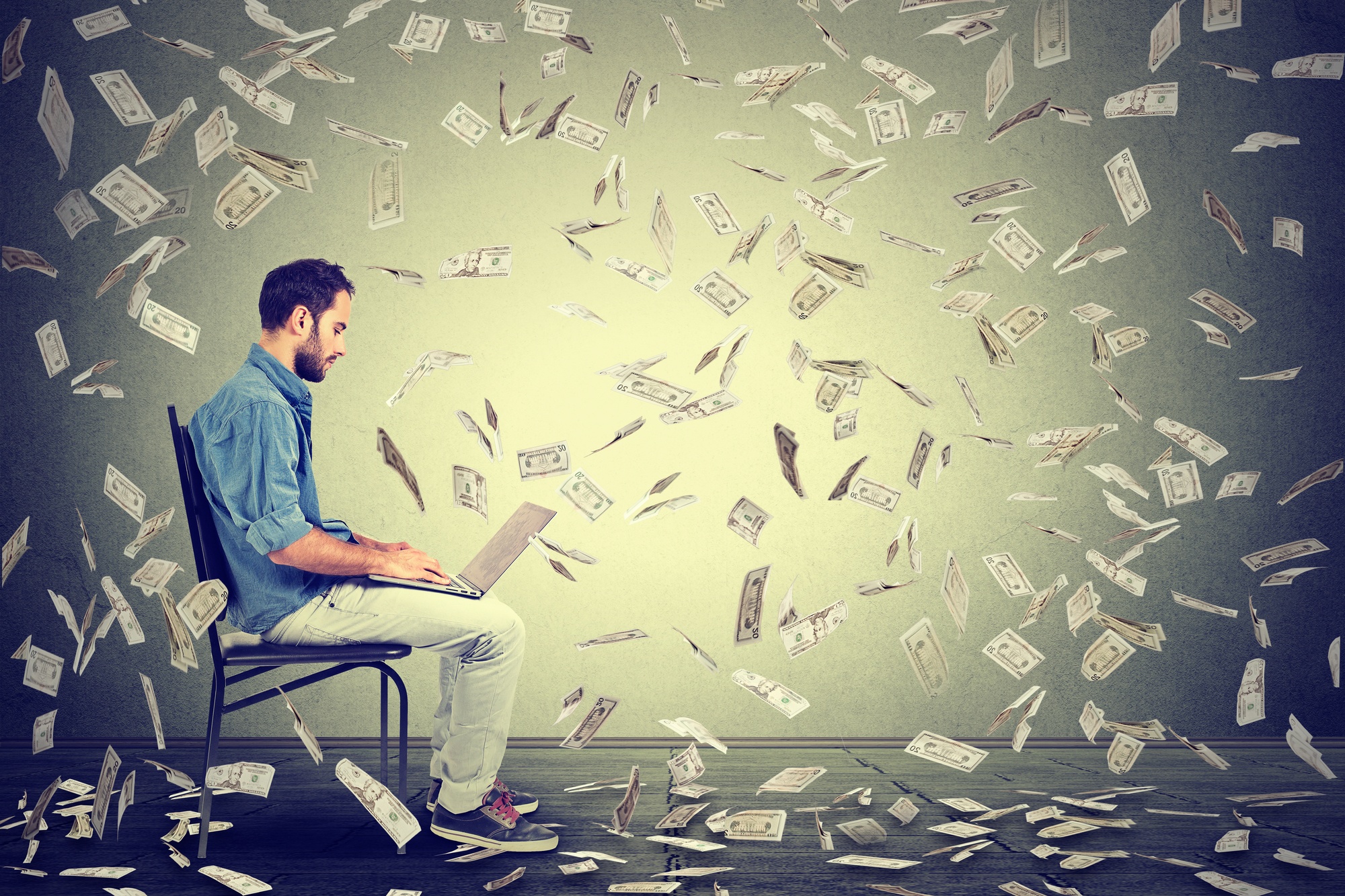 Everyone and their grandmother were talking about Bitcoin for a while, and you'd think we cured cancer with the amount of buzz that cryptocurrencies are generating.

But as I fancy myself more of a traditionalist when it comes to investing, I have adopted the view that not only is Bitcoin a bubble, but that it is a fad (and possibly an outright scam).

Proponents tout it as the greatest transfer of wealth the world has ever seen, and my follow up question is, yes, but whose wealth?

The following is why I'm not jumping onto the bandwagon.

The following is meant to be commentary, and is not investment advice. At publication I have no vested interest in any cryptocurrency.

Bitcoin is Not Acting as A Currency 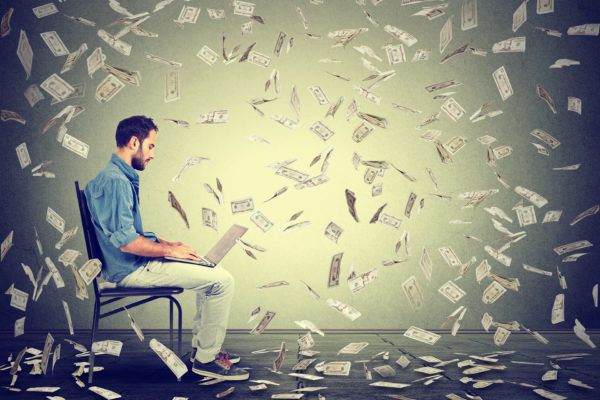 At its core, Bitcoin is simply a digital currency that is supposed to be independent of government influence, be faster to transmit, be much more secure to use, and so on.

It sounds great, no really it does, but if Bitcoin is supposed to be a currency, why aren't people using it as a currency?

The rapid rise in Bitcoin's price is not because people are using it as currency, but rather for speculation for its future worth.

If the goalpost changes too quickly you have no incentive to go buy that computer now because you may get a better deal tomorrow. Or if you wait a week, you may end up being able to buy three computers for the same exact exchange.

In a way, this is one of the benefits of federal regulations as they help stave off rapid inflation (or deflation, as Bitcoin is experiencing). We enjoy a relatively stable currency because life as we know it demands it.

Unfortunately, what is going on right now is that people are speculating what the ultimate value Bitcoin will be, and hoping that a purchase of a coin today will have greater value in their own currency tomorrow.

If Bitcoin were to stabilize and start to act like a real currency many of the current investors will get out- and I don't have to spell it out for you what would happen to the price once that happens.

The greed of today's investors could be Bitcoin's undoing.

Blockchain Technology is Not Greater than the Sum of the Parts

Now is roughly the point where people begin to move away from the currency topic and tout the merits of the underlying technology (of both Bitcoin and other cryptocurrency).

It will revolutionize life as we know it and that is the value!

I'm going to concede this one as it is not entirely wrong. But to me there is a problem and that lies with the value of that market.

In fact, if Bitcoin hits $1,000,000 per coin, the total value of all coins mined would be worth more than the entire NYSE.

Are you kidding me? Oh, you're serious? Well, I'm going to call it and say that you can't do math.

Bitcoin and other similar crypto isn't being used as a currency, so let's get over the dream that it will be worth more than actual currencies of today. Likewise, the underlying technology is also only a small subset of the industries it services, so let's also get over the idea that it will be worth more than the sum total of the industries themselves.

It will definitely help those industries become more valuable, and thus will become valuable by association, but like everything else it is hard to become greater than the sum of the parts- and that is what people want it to become.

As I mentioned at the start of this one, I will concede that the technology is there to change the way many companies do business. But if you look at the way Bitcoin is valued, and where people project it to go, the math just falls apart.

In my opinion the people who circulate these figures are the ones who got in later and are hoping for another meteoric rise that will make them billionaires like it is doing for the initial investors who got in when the currency was worthless.

This brings me to my final point, and is one those people passing fuzzy math aren't going to like.

Who Do You Think You're Buying Your Bitcoin From?

Up until this point I've tried to convey my thoughts on the current state of Bitcoin, but there is one tangential view I want to take, and that is about the act of buying Bitcoin.

Going further, some initial investors have been coming out of the woodwork saying they've bought hundreds of thousands back then, and the anonymous inventor is rumored to have around a million in a stash for himself as well (a cool $15 billion and solid 6% of all Bitcoin mined as of publication of this article).

So if Bitcoin is of a finite quantity, and most all the coins were mined years ago, have you ever stopped to think who you're buying from?

Odds are good you're not buying from a miner who extracted a coin, is selling for face value, and is being rewarded for their effort.

In fact, the odds are in your favor that you're buying from an initial investor who is reaping a 10,000%, 100,000%, or even greater return on their investment through you.

Are these people billionaire investors? Drug dealers? Foreign governments? Hackers? Our own government? A 12 year old? No one really knows because, again, there are no regulations to track it.

Heck, I wouldn't be surprised if Bitcoin was created by a government as a way to become the dominant international currency. If their country can't be number one, why not create one that can? At that point it'd pretty much be the same thing.

What would you think if it came out that Satoshi was an operative of a government agency that created (and holds a major stake in) Bitcoin itself? Would you care? Will we ever find out?

These are things to think about that no one wants to talk about.

But more to the topic at hand, as you are not buying Bitcoin to use as currency, and are not utilizing it for its underlying technology for alternative value, what you have left is the hope that someone else is going to come along later to buy your coin for more.

Everyone is rushing in to buy Bitcoin at the moment but that also means that the opposite is true- someone is selling theirs, and they're doing it in large numbers.

At the end of the day what I could easily see happening is the initial investors getting out of Bitcoin (and putting very real money in their pockets) and recent buyers are left with an overpriced piece of code. A piece of code they don't understand, a piece of code no one wants to buy, and a piece of failed currency no business is willing to accept.

I don't have to remind you what will happen to the price when that happens- but it won't be stability.

Cryptocurrency is the Furby of the 2010s

Does everyone remember the Furby* craze of the late 1990s? The mad dash for Bitcoin right now reminds me a lot of that.

Furby was a dumb toy that came out in the late 1990s that instantly became the “it” toy everyone wanted for their kids. Supply was low and interest was high such that people would buy and resell the toys on Ebay for hundreds of times more than they were worth.

Replace the keywords above with Bitcoin in the late 2010s, and the description is eerily similar.

But what happened to Furby? Cut to a year or two later (heck, a few months later, even) and everyone had a Furby, they were saturated in the market, and they had little to no residual value.

I truly believe Bitcoin is following this path right now.

But where Furby was just a toy and had no value at the end of the day other than what value a toy can bring, I do believe Bitcoin could have residual value when its all said and done.

The billion dollar question for anyone thinking of investing is, naturally, what is that value?

To me the math for Bitcoin hitting $100,000 a coin or $1,000,000 a coin simply isn't there, and that means we're in speculation territory similar to the Furby craze of the late 1990s. We may not have hit peak yet, but at some point that price is going to come crashing down.

Again, I could be completely wrong on the above, but the fact that the price of Bitcoin is based on future worth makes it akin to gambling. When it comes to gambling, I'd rather spend $10 to make $100,000 than spend $10,000 to make $100,000 when the very real alternative is losing it all.

In fact, I think I will.

This post is meant to be a commentary on one person's perspective into Bitcoin's value. I have no monetary interests in crypto and this is not meant to be investment advice in the slightest. I could be right. I could be wrong. Either way, I'll be interested in seeing how this one plays out from the sidelines until I actually see the true value beyond the current fad.

*– After publishing this article I found out that others have referred to Bitcoin as the digital Furby as well. I was unaware of this comparison prior to writing this article.

Comments have been closed on this post as it has become a hot spot for insecure Bitcoin fans to try and justify their “investment” and prove me wrong (often with slurs and namecalling and not facts and logic). If you are wanting to do the same, I get that you lost your life's savings and need to convince other people to invest to recoup your money. But let's be honest here, we all saw that coming.

4 thoughts on “Is Bitcoin a Scam? No, But it Is a Fad That Has Already Peaked”

Scroll back to top
0shares