I quit. Only one day into the four day classic Inca Trail, the world famous trek, I quit and turned around. Normally I'd expect to feel regret or a sense of failure, but for me, it was the best decision I've ever made.

To be honest, the only reason I signed up for the Inca Trail – eight months in advance – was based on the word of people I'd met and bloggers who had done it. Everyone everywhere claimed this could not be missed.

To arrive at Machu Picchu without walking there was sacrilege. I'm missing the gene that makes walking and running fun, so I'm always cursing myself for signing up for these treks a few hours into them. The Inca Trail would turn out to be no different, but also way worse. 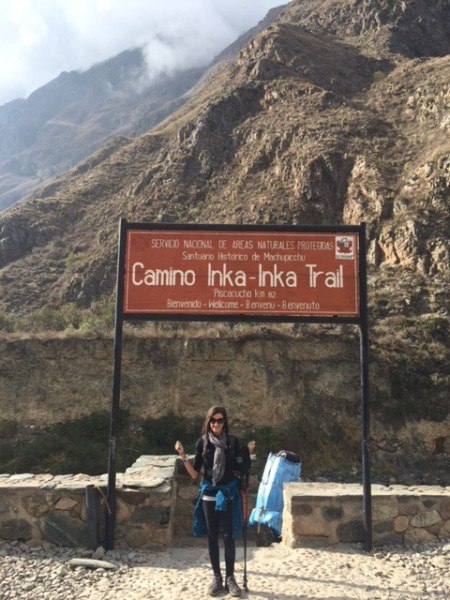 I came down with a flu in Lima three days before I was meant to begin walking that treacherous path to Machu Picchu. I consoled myself with the fact I'd likely be better when we began or shortly after.

Landing in Cusco two days later, I was definitely not better. I wavered back and forth about whether to go, eventually deciding to go because I'd already spent the money. The Inca Trail requires advanced planning and it is not cheap by any means.

It didn't help that Cusco was preparing itself for a huge two day strike. Roads in and out of the town and on the way to Machu Picchu were to be blocked.

My tour operator emailed to let us know we'd be leaving almost a full day early; thus, I left ill-prepared for the trip to begin with. I had planned an entire day of sleep pre-trek to try and combat my illness but instead spent the night camping, half frozen in front of the gate to the trailhead.

We were woken up to hot coca tea in our tents and I realized quite tentatively that I was feeling better. My prediction was holding as we set off on the trail.

About two hours in, I noticed I was struggling. I was quite a bit behind my group, and feeling light headed by the time I'd catch up to them. I'd also stripped down to my shorts and a tank top while everyone remained in their high altitude warm clothes.

I was drenched in sweat, alternating between feeling like the sun was roasting me alive and shivering so hard a group passing me could hear my teeth chattering. My guide looked concerned as he tried to pour water into me, lecturing me on the dangers of dehydration in the mountains. I hadn't wanted water at any point in my hike, and it quickly became apparent why as my attempts to keep the water down failed miserably.

Turning Around Only Got Worse 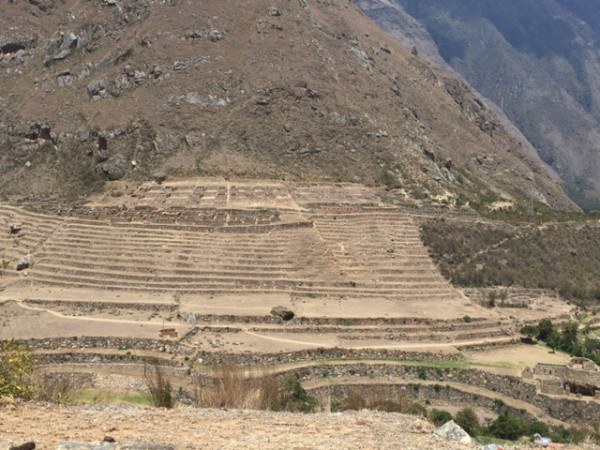 After another hour of this struggle, my guide informed me that, with my consent, he was sending me back. Not only was I ill, but dehydrated, too. It wasn't safe. I blankly nodded my agreement because at that moment I didn't care which way we went, so long as I could lay down. A porter was separated from the pack and tasked with getting me back safely.

Climbing back out the way I had just climbed in was daunting. I knew the terrain and how many hours I had ahead of me. My guide spoke no English and I was far too sick to accept that it would be anything but hard. Not even twenty minutes into our retreat, I slipped on a hill I had previously struggled up, and fell down.

I dimly heard my guide shouting as I rolled and tumbled down over rocks and dirt, before sitting up jarred. My ribs were throbbing badly, but my hand felt worse. One glance showed my ring finger bent at an odd angle. The middle finger felt on fire.

I put my head in my knees and hyperventilated.

The porter made wide-eyes at my fingers for several minutes before it was decided there was nothing to be done until we reached town. He half dragged me up right around the time I had accepted I'd die here.

As he led me out of the canyon over the next few hours, I was almost happy to note my nausea had faded in wake of the pain. We walked at a slow pace in complete silence. Finally we reached the intake gate, just as it began to hail and rain in earnest.

The gate keeper needed a reason for my abandonment of the Inca Trail for his log book. In answer, I just held up my crooked hand.

I'll always be curious to see what he wrote beside my name.

3 thoughts on “The Inca Trail Broke Me – So I Quit”