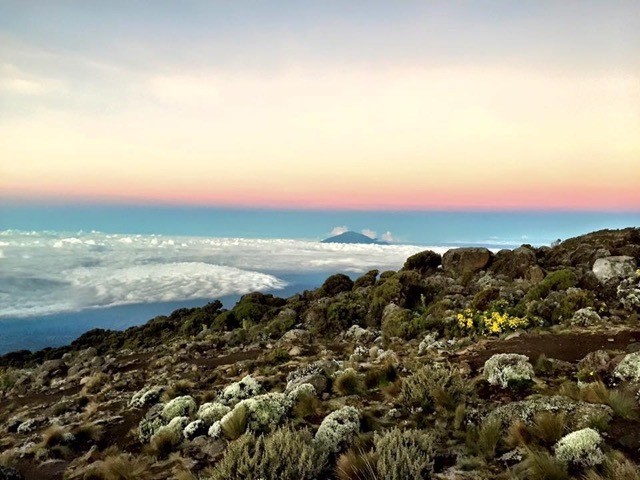 I think the most surprising part about climbing Kilimanjaro is not that I managed to reach the summit – which I did, and have photographic proof! – but that I even attempted it in the first place.

To put it simply, I am lazy. For someone who seems to have a love of throwing herself off cliffs and out of planes, for crashing kayaks and falling down waterfalls, and for chasing dreams, I am really one of the laziest people I know. I have been known to take an elevator one floor up on occasion. Or always. I nearly passed out at one point trying to find the gorillas in Uganda after stuffing my face full of chocolate and then trying to walk up a modest hill. Yet I manage to get through these things because they require at most an hour or two of physical exertion.

Kilimanjaro is different. While most of it is not technical in any sense in the way that traditional mountains are, it is endless trekking. And I do mean endless, in the suck the will to live out of you kind of way.

Even my sister, who is amazingly fit and loves to run ultra marathons, found Kilimanjaro a new kind of tedious. The first few days are okay. They warm you up for what is to come. As you climb higher and higher and the air gets thinner and thinner it begins to feel more like you're swimming than walking. Coupled with the fact that the higher you get, the more impossible the terrain becomes with scree and loose rock mitigating any attempts you make to get higher.

Climbing Kilimanjaro means you traverse through five different ecosystems in just as many days. Just as you've conquered the rainforest, you’re in an alpine desert. Just as you're learning how to navigate that, you blink and it’s arctic snowcap.

The “path” (and I do use the term loosely) is about two feet wide in some places and only about the width of your foot wide in one. There are no safety harnesses or nets.

Most of it is simply refusing to look down while putting one foot in front of the other. For some reason, this was my absolute favorite part of the entire trek. My guide kept calling me the mountain goat as he motioned for me to stop and wait for my sister, who was struggling a bit more.

With every 20m we climbing higher, my sister lost another 20% of her color. We hit full panic mode at the Kissing Rock – aptly named because you literally have to be so close to the rock that you’re kissing it in order to shimmy across the tiny ledge. The drop was about 80m to the valley below. And my sister refused to budge. 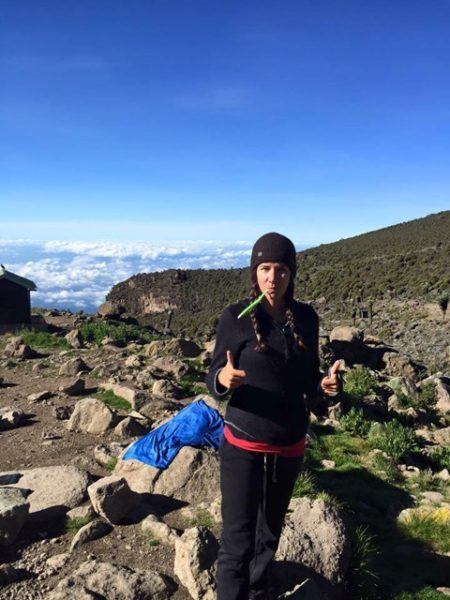 I never expected this, if I’m honest.

My sister is athletic, bossy and fearless. She’s in her early 40s and routinely takes on any challenge headfirst. And here she was frozen in place, holding up a dozen people as she had a full blown panic attack and refused to move.

All she had to do was take the six steps, but her body refused to move. It was too far to jump it, if she had been so inclined. I thought this would be the end of the road for her. She was pale as a ghost and grounded to the earth.

Out of nowhere, a Dutch man began to make his way back down from near the top to my sister, her panicked noises somehow reaching him dozens of meters up from us. For whatever reason I will never know, after some gentle coaxing from this mysterious Dutch man, my sister made her way across the Kissing Rock with little fuss and we were on our way. I could have kissed him.

That night, we made it into our final pre-summit camp around 4pm. A quick supper and you’re off to bed because for some unforeseeable reason they want you up at 11pm to hike up in the pitch-black through the middle of the night to the summit.

They claim it is so you can see the sunrise over the glacier. I think it is because they are sadists. I hadn't slept the night before and managed maybe an hour before it was time to begin our climb. 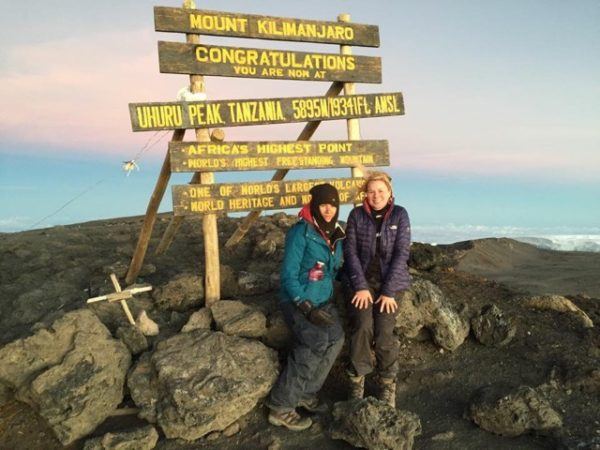 The last climb to the summit is by far the worst. It is freezing cold (so cold your water freezes in camelbacks) and the only light comes from the stars and your tiny head torch. Plus, this is the moment it decides to change to ridiculous steep terrain made of scree.

Scree, for those lucky enough not to know the term, is a type of loose rock that for every two steps up you make, you slide one painful step back. I suggest summiting Kilimanjaro for couples wanting to know if they should get married.

This was the night my sister and I spent screeching at each other, her demanding I keep up and literally stuffing crackers in my mouth when I had no appetite to eat, and me calling her every name in the book I could think of.

This happened to be where the altitude sickness finally hit me. I didn’t get the dizziness or headaches or even the nausea. No, instead, I felt falling down drunk. My steps were wobbly and at times I literally did not remember where I was. I would be lifting my foot and mid stride forget what I was doing and stop, only to stumble to my feet.

For some reason, this infuriated my sister. The guide whispered that testiness was another symptom of mild altitude sickness. 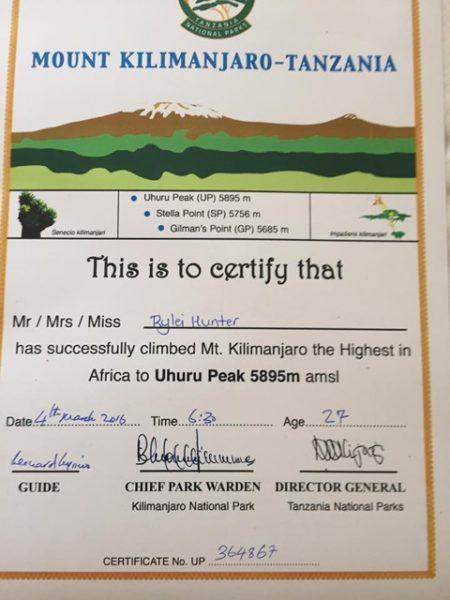 Despite this, we managed to actually summit eventually just in time to watch the sunrise. While it was beautiful, I did not find it any more awe inspiring than if we had summited during the daytime after a full night of sleep.

I later found out that with some groups, this is actually an option. If I knew then what I know now, I would definitely do the climb during the day. Anyway, we took some pictures at the top (her looking jubilant, me looking miserable) and then it was back down we go.

This was somehow worse than climbing up, if you can believe it.

It is ridiculously steep and all scree. You use your hiking poles and kind of ski down it. For hours. This is also when the relentless exhaustion after not sleeping for two days and refusing to eat took over me. My sister kept yelling at me to stay awake while I ignored her just to be annoying.

My sister tells me that at one point she turned around. I was above her as she watched me fall asleep as I was walking, and then it was chaos as I fell and rolled about thirty meters down at a rapid pace with her and our guides screaming in panic.

I don't remember any of it, other than being tired and then waking up to a dozen panicked faces standing above me a few moments later. The bruises and cuts I had the next couple days are testament to how far I rolled, and its amazing to me nothing was broken.

Eventually we made it back to the camp where we had a little nap before having to walk ourselves back off that mountain, at a much faster clip than going up it. Personally, I think they should invest in some helicopters to ferry weary travelers off at the end, but as of yet, nobody seems keen to take up my suggestion.