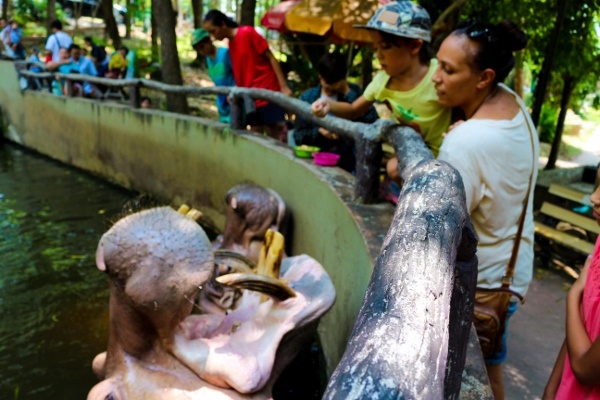 The Chiang Mai Zoo is located about 20 minutes from the Old City on a hill not far from Doi Suthep. We caught a songthaew out to the Zoo at 8:30 one morning hoping to reach the gates at opening time.

The Chiang Mai Zoo also has a Snow Dome, 3D cinema, Panda viewing and Aquarium that all require an extra fee if you want to visit. Entrance to the Chiang Mai Zoo is around $4.00 USD and half that for children.

We decided to just visit the Zoo and the Panda enclosure as I had never seen a Panda in real life before. At 9:00am we entered the Zoo and realized that we had left the SD card for our camera at home. J did a mad dash home to get it and we carried on through the zoo.

The Chiang Mai Zoo is situated on the side of a hill and it’s big so be prepared for lot’s of walking. While we were waiting for J to come back we explored the ground level. It was quite amusing that the safety standards in Asia are very different to the Western world and we found some of exhibits a bit too close for comfort. 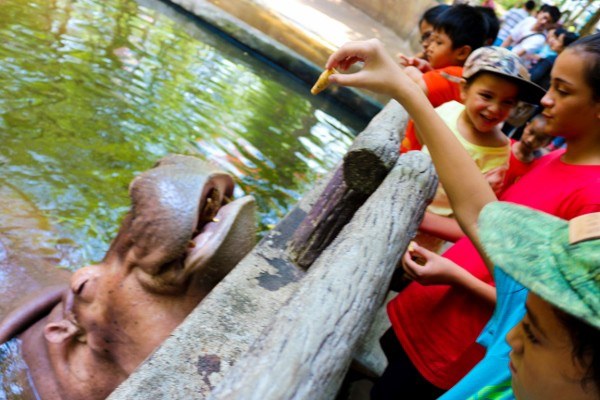 One that we did enjoy though was the Hippopotamus enclosure. Known as the deadliest animals in the world our kids were allowed to feed and pat them. The hippo enclosure was a deep pool so there was no chance of them charging at us so that was a relief.

Our little Mo could not believe his luck as he joyfully chucked sweet potato into the Hippopotamuses mouth. 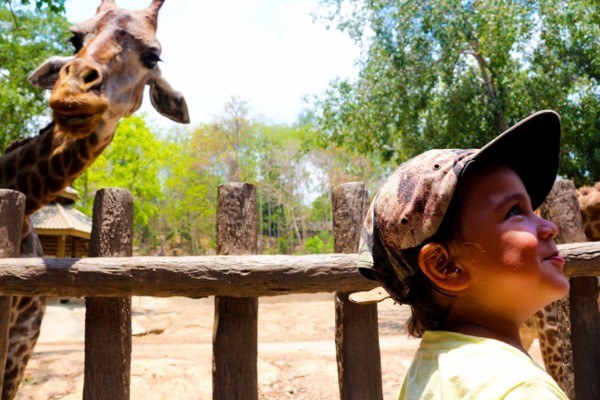 Next we headed to the Giraffes. We were surprised; as we got closer to the enclosure we could see people patting them. I have seen Giraffes in the wild before in South Africa but I have never been this close to one. There were two Giraffes and one was a baby. It was quite an experience seeing the baby Giraffe go in for milk from its mother.

The kids also got an opportunity to feed the Giraffes later in the day. Mo got a little bit freaked out when the Giraffe’s tongue came out to get the food he was holding. That tongue was really long and he licked Mo’s hand in the process.

The Zoo had one Lioness and 2 baby Lion cubs. I had so much fun watching the 2 baby cubs play fighting. We happily watched the cubs for 20 minutes before we decided it was time to go back to the gate to meet J.

The Tiger enclosure was quite unnerving. The Tiger seemed angst the day we visited and was pacing while staring at onlookers. The only thing separating us from it was a deep river but if the Tiger really wanted to I’m sure he could have jumped over the railing.

We didn’t stay to find out and moved on quickly. 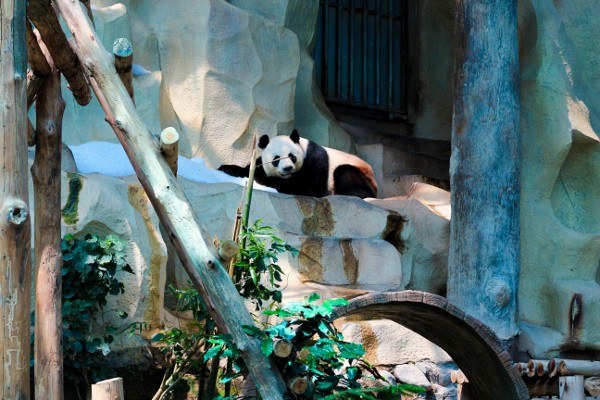 The Panda enclosure was in an indoor pavilion. This was to enable them to regulate the temperature so it was quite cool when we entered. Both Pandas were sleeping when we arrived; we waited around 10 minutes to see if they would wake up.

One did wake and headed toward the water trough. After drinking for a few seconds it went back up to it’s spot on the stairs and went back to sleep.

We wish we had saved our money and given this one a miss although they are beautiful creatures they are a bit boring. (Luckily it was cheap).  The cost to enter the Panda Pavillion $2.50 USD and children $1.50. 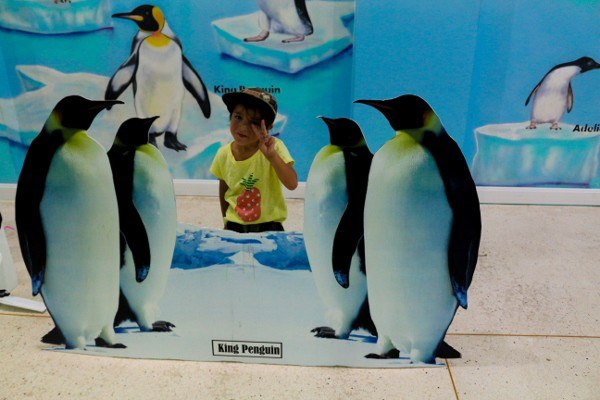 We did however love the art work on the wall. We learnt a lot about the different species of Penguin and their natural habitats. We took more photo’s of the paintings than we did of the actual Penguins.

The Zoo has 3 Asian Elephants. Two are held in the Elephant enclosure and the other poor Elephant is near the entrance gate with a handler.

As we had recently experienced feeding Elephants in Laos we watched on as other tourists bought bananas to feed them. 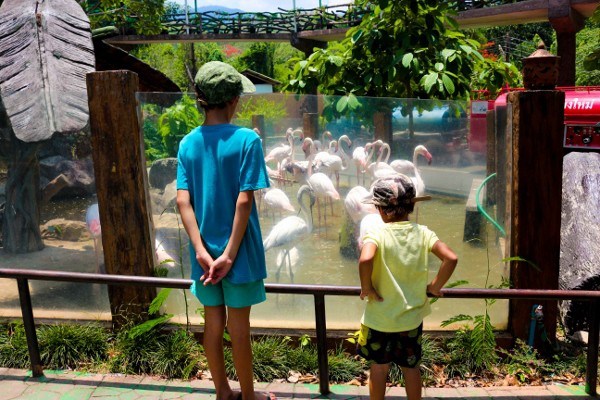 There is a couple of really cool children’s park located in the grounds. One is located next to the new Children’s Zone that is currently being built and the other is up on a hill near the entrance to the park.

They are also currently building a waterpark, which will be a welcome addition to the Zoo especially on the 102 Degree plus days. 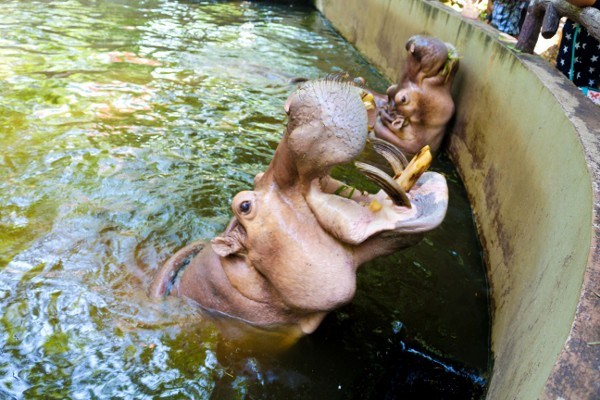 We were actually pretty impressed with the Chiang Mai Zoo. Although some of the exhibits were not up to par we thought the grounds were beautiful with lots of shade and the close animal encounters were a highlight.

The Hippo and Giraffe feeding was really fun for the kids and the prices to feed the animals were super cheap. (.10 cents) As the zoo is priced for the local market there are also many cheap cafes and restaurants around including a 7/11.

If you have a couple of spare days while visiting Chiang Mai, we do recommend a visit, your children will have a ball.

About The Morgan Family 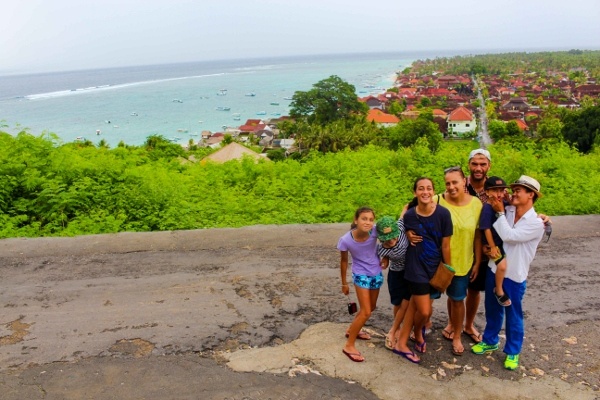 About the Author: The Morgan Family of Morgans Go Travelling are a traveling family that shared stories from their around-the-world trip from 2014 to 2015. They share frequent travel updates on their Facebook page.

2 thoughts on “Visiting the Chiang Mai Zoo with Kids”