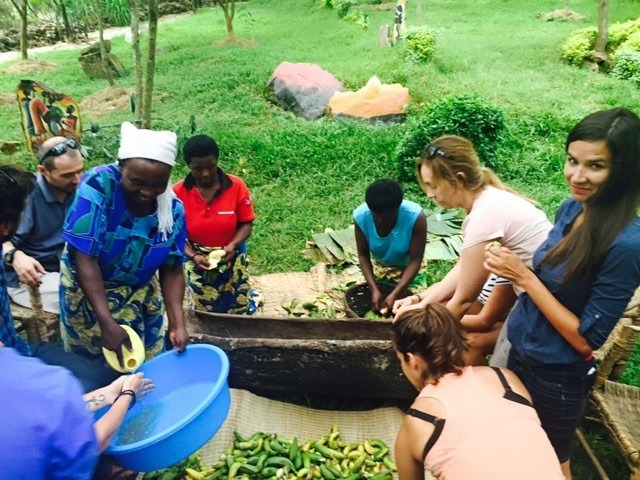 We came for the bees at dawn.

To be honest, they didn't seem to care all that much. Perhaps we didn't look all that threatening of a foe, what with me all trembling and the pair of us huddled under the protection of a head scarf and mosquito netting with ominous holes here and there.

When I imagined bee keeping in Rwanda, I had rather stupidly pictured myself adorned in a cute white beekeepers’ uniform, posing and smiling smugly on Facebook. In the way it tends to go, the reality did not quite match the fantasy. In rural Rwanda, there are no cute beekeeping costumes. There are no prefabricated hives. No, no, no. This is some real authentic beekeeping. As in, the bees don't even know they're being kept. Because they aren’t.

Searching for Bees in Rwanda 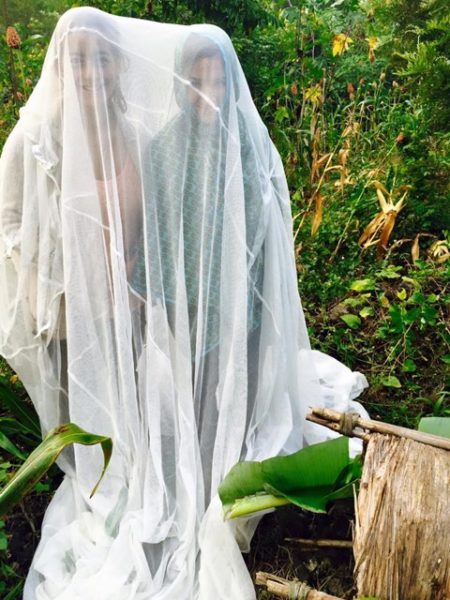 Off we set at the crack of dawn into the forest with a half-dressed man who spoke no English.

As we followed behind in a state of apprehension, he would stop every now and then and crawl on all fours toward an abandoned log or similar and listen quietly for the sound of humming.

Finally, he seemed happy with his finding and carefully moved aside a piece of wood previously placed there. The buzzing grew ominously as the bees began to swarm out in alarm. Suddenly he was shoving a burning stick of bundled grass into a hive that had, to me, appeared out of nowhere. The buzzing quieted down a bit as the bees drifted off into smoky slumber.

“Bees!” he shouted happily over to us, as I remained a good fifteen feet away, hiding under my mosquito net behind a tree in hope bees were terrible at hide and seek. He motioned us forward and I wondered if he was in toxic shock from too many bee stings.

From fifteen feet, I could clearly see bees climbing over his bare torso. No thanks. Somehow I had made it twenty seven beautiful years without ever being stung by a bee. I was paying $10 to get up at 5 in the morning and change this fact apparently. We struggled forward awkwardly under out netting to look into the hive. 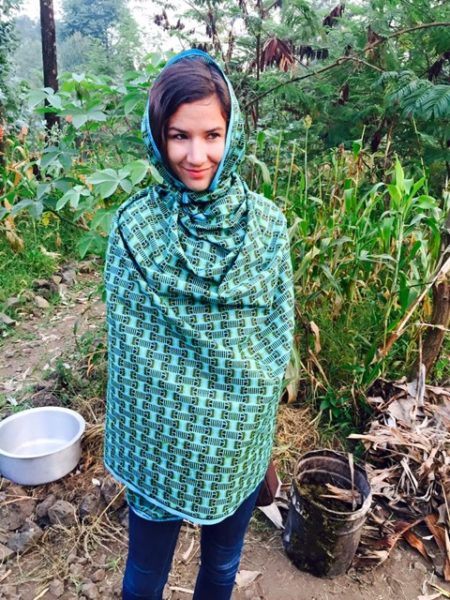 I’ll be the first to admit it was one of the coolest things that I have seen.

The bees weren't exactly asleep in their hive, but more like drunk and sluggish. Inside they lazily clung to honeycombs saturated in thick natural honey.

Our guide reached in and began grabbing chunks of it to drop in a Tupperware bucket we’d brought along for the collection, swatting off belligerently drunk honeybees. I think he gave us the option to grab a chunk ourselves, but I cannot be sure because my mind was full of images of angry African bees hunting me down for their honeycombs, Taken-style. I wasn’t too keen to see the Liam Neeson of bees.

When he had filled the bucket, we retreated back to a safe distance from the buzzing where he carefully removed the honey from the comb and canned it for us. I’ve never had straight from the hive honey before and it was interesting to note that my mouth went fuzzy and tingly after more than two teaspoons of the stuff.

Since honey never spoils, we threw it on the truck with the honeycombs for an everlasting treat.

Moving on to Beer Making – From Bananas 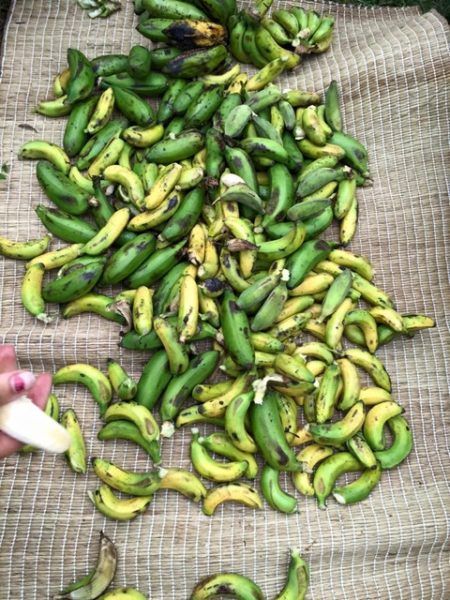 After a nap we set about making beer, this time from bananas.

Bananas are much more accommodating to the situation than the bees had been. Making beer from scratch turned out to be a completely bizarre process in which we stripped the bananas before tossing them into a trough and mashing the life out of them with giant banana leaves until they were literally liquid. It was quite the arm workout. 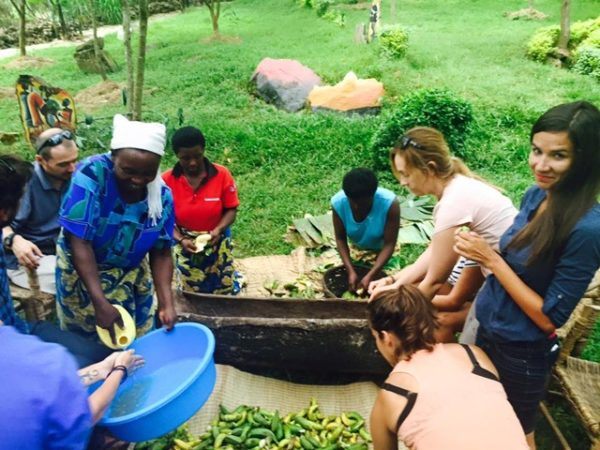 There was some milling of different grains we did that helped the bananas ferment that I duly noted only to forget an hour later other than to remember is seemed a tedious process.

After these steps, the beer went into an oven that had been dug into the earth and then was covered with earth and left to ferment. After a week or so, you could dig up your own beer, but seeing as we of the millennial generation are labeled as lazy and impatient, we all capitalize on that by leaving our beer for the next group and drinking last week’s beer. It works rather well that way. 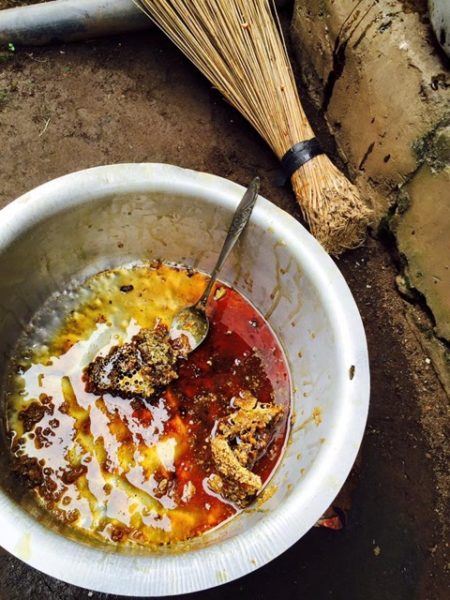 As I sipped on my strange-tasting beer (though not unpleasant) and ate banana chips, I felt a little bit like I was in prison drinking my illicit brew of fermented fruit I’d hidden under my bunk. Though it was fun to be able to say you'd made your own beer from scratch, in the future I think I’ll just buy it at the grocery store and save my arms the unnecessary workout.